As a child I spent many happy hours engrossed in books and many more lost in my own imaginary world. Stories like The Secret Garden by Frances Hodgson Burnett and Enid Blyton’s Secret Island captured my imagination and transported me to somewhere magical.

I got that same sensation when I heard about a private park where only the residents with properties backing onto it could gain access. It was like a grown up version of the stories I loved as a child and I knew I had to find out more!

And where was this extraordinary place? Birmingham. No, that wasn’t what I was expecting either. But lucky for me it was very close to home so I was compelled to go and investigate further.

The park in question was Moseley Park and Pool, which is a mere four miles outside Birmingham city centre but as soon as you arrive you feel a world away from the hustle and bustle of the city. The park has a rich history as it was originally the formal gardens and grounds of Moseley Hall but became separated when the hall was rented out in the 1800s and the area began to change.

As the industrial revolution reshaped the Midlands, and Birmingham in particular, land was being snapped up for new roads and worker housing. When plans were afoot to start work on Moseley Park local gentleman with houses backing onto the grounds realised they were about to lose their very pretty and exclusive view.

They came together to oppose the plans, took out a lease on the land and founded The Moseley Park and Pool Company Ltd. in 1898 to protect the land from future development and preserve it for future generations. Access to the park was for key holders and their households on payment of a small annual subscription, initially one guinea (£1.05) giving them exclusive access.

I love the story behind the park and like to imagine the families that have enjoyed being able to enter the park from their back gardens and escape unnoticed into the beautiful green space.

My research trip to Moseley Park was basically a fun day out with a picnic but it enabled me to explore the area for myself and it was just as magical as I had hoped. It is a haven for wildlife with its lake, which has a small island in the middle and an abundance of trees. More recent additions have been the boathouse and the tennis courts but much of the original gardens remain and are a delight to see.

There is also an underground ice house! The precursor to the refrigerator it was an expensive addition to the hall but would have enabled the family to store food that would have otherwise perished. This is another little piece of history, which has been preserved.

A walk through Moseley Park has little changed from when the Taylor family commissioned the gardens but it is now enjoyed by the local community for a small annual fee, which goes towards the upkeep of the park. The park is home to an array of water birds as well as the pipistrelle bat and until recently it was also home to a pair of black swans. A variety of trees, plants and wildflowers flourish here as do the humans who visit.

It is a tonic to the soul and a hidden oasis from the rush of modern life and I’m so pleased I was able to transfer a little of its magic into the park in my latest book A Walk In Wildflower Park.

You can find out more about Moseley Park here: http://www.moseleypark.co.uk 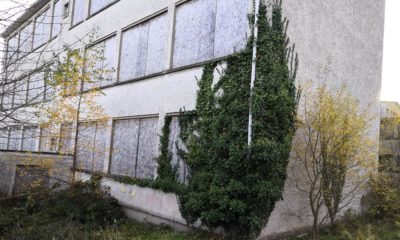 How characters move a story along in unexpected ways

Authors sometimes talk about how characters can come alive on the pages as they write. Sometimes these people we create take on a life all of their own and it can feel as if they, and not us as writers, are the ones putting words down on a page. In… Read More