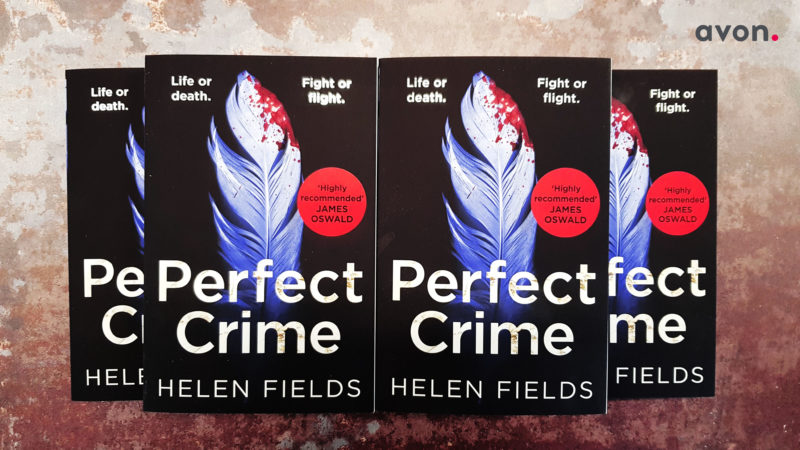 Most of the time, my career as a writer perfectly complements being a mother of three. I’m extremely fortunate. I take my children to school and pick them up. I never miss a parents’ evening or sports game, and I’m always around to help with homework or to run an amateur counselling session when something’s gone wrong!

Recently, though, I’ve found crime writing conflicting with my parental position. We take a middle of the road stance with language. A little bit of boundary pushing from our children is acceptable, allows for self-expression and is often quite funny. Really bad language is different. We don’t allow that, and it’s inevitably followed by a discussion about self-respect and appropriateness.

A few weeks ago, my 15 year old son used a word that’s on our absolute ban list. We’re realistic – our children will try these words out in front of their friends and out of our house – all we can do is issue guidance. But never in our presence. So my 15 year old used the forbidden word and I gave him “the talk”. It was all going fine. Then he questioned me about my language, and I responded that I might have been guilty a few times in very private company of using said word, but that I certainly never used it in a public place or in front of people who might be affected or offended by it. He folded his arms and did the teenage eyebrow raise, so I asked him why the smugness. He countered with asking me how many books I’ve sold.

“So [that many] books,” he said. “You’ve used language far worse than [forbidden word] in front of [that many] people, and you’re telling me off? Maybe chop up the soap box for firewood now, mum.”

And I had nowhere to go with it. He’s absolutely right, of course.

I don’t write cosy crime. My books are violent, bloody, hard-hitting, and there’s an amount of expletives without which the dialogue just wouldn’t be realistic. I’ve sworn in the worst possible ways (and rather proudly made up a few new combinations) in front of a global audience. I’ve actually made a career of it.

I suppose I could have argued that mine was contextual, but then all of my uses are in fictional conversations. His emphasis at least related to something real. I could’ve said mine was art. He would have told me that his was just colourful self-expression (and yes, he has a response to everything). So I got caught. I make stuff up (like he does when he’s in trouble). I swear worse than he does. I spend way too many hours glued to my screen (which I accuse him of every day). In short, I might just have out teenaged my teenager. So I’m rethinking how I parent him. I’m finding a more honest way to talk about his behaviour (and mine). It’s actually been something of a lesson for me. (Which he’s ridiculously smug about).

Crime writing and parenting have this in common. They make us rethink ourselves, our humanity, our priorities and our sensibilities.

Not that I’m going to back down with my 15 year old, of course. At the end of the day, I’m still the mum.