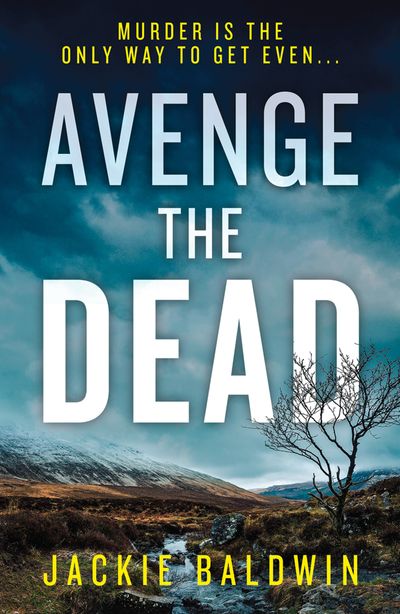 Four friends with dark secrets. One killer out for revenge.

DI Frank Farrell and DS McLeod are tasked with investigating the brutal murder of a defence solicitor’s wife in Dumfries.

It’s been over a year since they left the town after an investigation robbed them of a dear friend. But now they’re back and must find a way to move on.

When the son of another defence solicitor is murdered, a strange tattoo etched on his body, the case takes them into darker, more disturbing territory.

It leads them back into the past – to a horrific fire in a cottage that took a woman’s life, to four friends harbouring dark secrets – and finally to a killer waiting patiently for revenge.

Praise for Avenge the Dead

‘Expertly plotted, I was completely engrossed in the investigation and the lives of the characters, there were twists and turns all the way through keeping me on the edge of my seat… definitely a “just one more chapter” kind of read!’ Sharon Bairden, Chapter in My Life

‘Brutal and gritty in parts whilst sensitive and emotional in others, this book had me turning the pages well into the night’ Alison, NetGalley

‘This was another riveting foray into the world of DI Frank Farrell! From the first chapter, I could not put this novel down, staying up late to finish just to see what would come next’ Krystal, NetGalley

Author: Jackie Baldwin
Format: ebook
Release Date: 28/02/2020
ISBN: 978-0-00-838390-9
Jackie Baldwin practiced as a solicitor in a rural town for twenty years specialising in family and criminal law. She then trained as a hypnotherapist and now works from home. She is married with two grown up children and loves to walk with her two dogs in local forests. She is an active member of her local crime writing group.