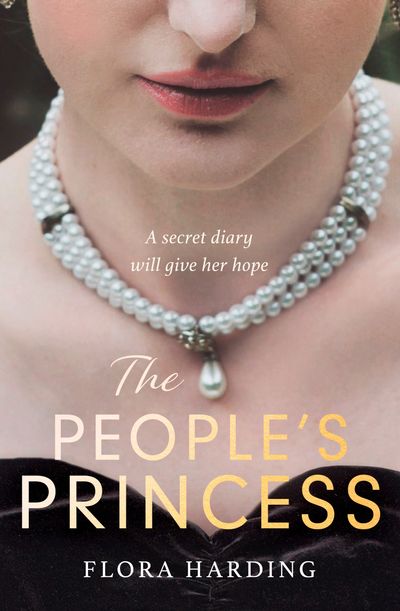 Step behind the palace doors in this gripping historical novel that is a must read for fans of The Crown and Princess Diana!

Her engagement to Prince Charles is a dream come true for Lady Diana Spencer but marrying the heir to the throne is not all that it seems. Alone and bored in the palace, she resents the stuffy courtiers who are intent on instructing her about her new role as Princess of Wales…

But when she discovers a diary written in the 1800s by Princess Charlotte of Wales, a young woman born into a gilded cage so like herself, Diana is drawn into the story of Charlotte’s reckless love affairs and fraught relationship with her father, the Prince Regent.

As she reads the diary, Diana can see many parallels with her own life and future as Princess of Wales.

The story allows a behind-the-scenes glimpse of life in the palace, the tensions in Diana’s relationship with the royal family during the engagement, and the wedding itself.

‘If you’re a fan of The Crown, you’ll love this’ Woman’s Weekly

‘Magnificent. It carries so much depth and warmness, and closeness to the characters that you do not want to part from them…a page-turner’ Best Historical Fiction Reviews

Author: Flora Harding
Format: Paperback
Release Date: 17 May 2022
Pages: 384
ISBN: 978-0-00-844692-5
Flora Harding began writing over 30 years ago to fund a PhD on the disposal of waste in Elizabethan York, and has juggled fact and fiction ever since. Under various pseudonyms she has written more than 75 novels, histories and other forms of non-fiction and continues to be fascinated by the relationship between the past and the present, whatever she happens to be writing.

”'A wonderfully poignant love story involving characters whose lives we all think we know about” - Celia Anderson, bestselling author of 59 Memory Lane

”'I loved this story… it felt like a sneak peek into the Queen’s life” - Glynis Peters, USA Today-bestselling author of The Secret Orphan

”'To say that I adored this book is an absolute understatement. Beautifully written, well crafted and researched. A must read for fans of The Crown” - Kim

”'Magnificent… It carries so much depth and warmness, and closeness to the characters that you do not want to part from them” - Annette

”'I really enjoyed this book… Anyone who loved The Crown series will love this book!” - Pat

”'Perfect for fans of Netflix’s The Crown” - Elizabeth