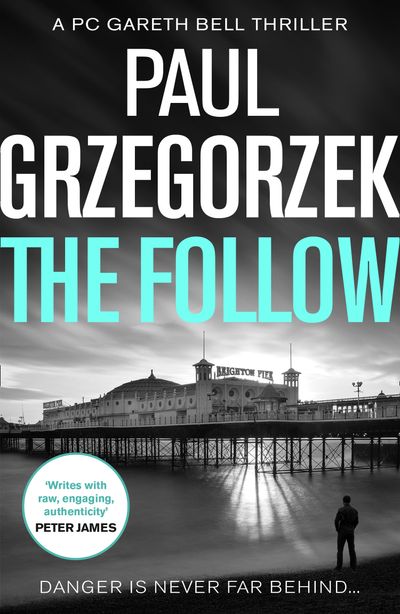 Danger is never far behind…

He knows the man is guilty. And he will do anything to prove it…

PC Gareth Bell watches the psychopath who stabbed Bell’s partner stroll out of court a free man. Somebody on the inside tampered with the evidence, and now one of Brighton’s most dangerous criminals is back on the streets again.

Bell’s personal mission for revenge takes him onto the other side of the law and into the dark, violent underworld of the glamourous seaside city. Soon he faces a horrifying choice: risk everything he holds dear, or let the man who tried to kill his partner walk free…

Author: Paul Grzegorzek
Format: Paperback
Release Date: 21 Mar 2019
Pages: 304
ISBN: 978-0-00-832998-3
Despite training as a conservationist, Paul Grzegorzek joined the police in Brighton in 2002. He trained as a riot medic and method of entry specialist, policing riots and demonstrations and enacting drug warrants, and then moved on to plain clothes work on undercover drug operations around the city. While in the police he met Peter James, and became an advisor on the Roy Grace novels. Peter encouraged Paul to write his own books and so he did, writing in his spare time. After six years in the police, Paul moved into the defence industry where he became the security manager for government defence projects across the globe. Before parenting took up all of his free time, he also used to volunteer as a first responder for South East Coast Ambulance, attending 999 calls to assist in critical care prior to ambulance arrival. He lives in Brighton with his wife and young son.

'Keeps you up to the small hours. A cracking start to what promises to be a fantastic series!' Alan McDermott -

”'A fast-paced read, full of unexpected turns. I loved it” - Lisa Cutts, author of Never Forget.