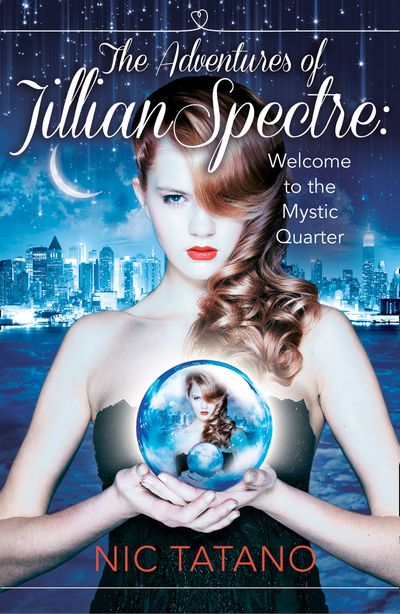 Author: Nic Tatano
Format: Digital download
Ageband: from 13
Release Date: 13 Mar 2014
Pages: None
ISBN: 978-0-00-758528-1
I\'ve always been a writer of some sort, having spent my career working as a reporter, anchor or producer in television news. Fiction is a lot more fun, since you don\'t have to deal with those pesky things known as facts. I grew up in the New York City metropolitan area and now live on the Gulf Coast where I will never shovel snow again. I\'m happily married to a math teacher and we share our wonderful home with our tortoiseshell tabby cat, Gypsy.

'A fantastic start to Tatano’s new series…I can’t wait to see where Jillian goes next, but as long as she has her friends around her and never loses her spunky attitude, I will be happy to follow her to the moon and back!' - The Book Geek -

'It’s got charm and panache and I absolutely recommend it for YA book lovers out there.' - Book & Coffee Addict -

'This is honestly the absolute best book I've read so far this year.' - Magic in the Stacks -

'A fab new world for paranormal fans young and old to enjoy.' - One More Page -

'READ THIS BOOK! No, seriously, this book was such an amazingly fun read…The humor of this quick paced book had me desperately clinging to it.' - Carrie Reads A Lot -