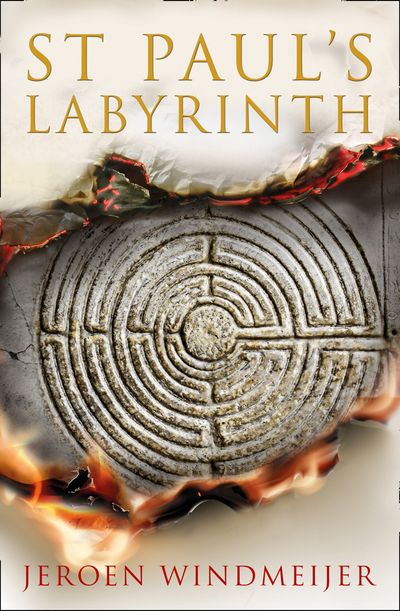 A shocking secret that has been buried for centuries…

When university professor Peter de Haan attends a library event, he has no idea of the dangers that await him. As an area outside the library collapses, a hidden tunnel is revealed. Inside cowers a naked man, covered in blood. Then Peter receives a mysterious text message – the hour has come…

When Peter’s colleague Judith disappears, he realises he has been drawn into a plot with consequences deadlier than he could ever have imagined. He has twenty-four hours to find her, otherwise she will be killed.

As Peter investigates, he uncovers mysteries that have been hidden for years. But following his every footstep is an underground society who will stop at nothing to keep their secrets hidden. Will Peter save Judith in time, or will his quest end in disaster?

Author: Jeroen Windmeijer
Format: Paperback
Release Date: 23 Jul 2019
Pages: 384
ISBN: 978-0-00-831847-5
Anthropologist Jeroen Windmeijer (1969) writes thrillers in which Roman and biblical history and the history of his hometown, Leiden, are brought together. His first book was very well received by both the press and booksellers, in Leiden and beyond. With St Paul’s Labyrinth he claims his place among the great storytellers. Jeroen\'s thrillers are plot driven, smart and authentic.