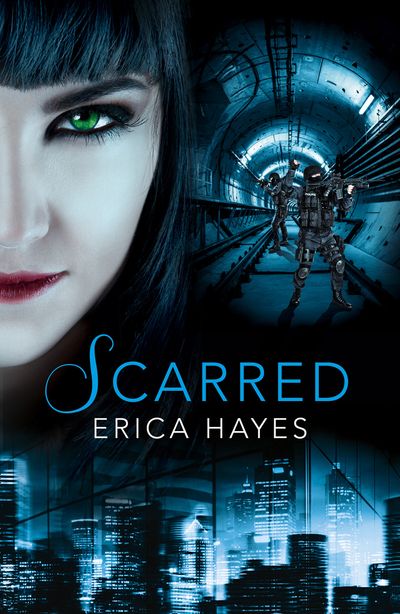 Author: Erica Hayes
Format: Digital download
Release Date: 14 Jan 2016
Pages: None
ISBN: 978-0-00-759462-7
I\'m an Aussie living in northern England, where at least the hospitality and the beer are warm. I write in coffee shops, feed my enormous cat, and watch TV or read until far too late at night. If it\'s got serial killers, superheroes, monsters or spaceships – preferably all four – I\'m there.On the big issues: Captain Picard is cooler than Captain Kirk, Batman would beat up Superman, and vampires are hotter than werewolves any day. See, I knew we\'d get along.

”'Action packed and riveting” - - A World of Books

”'Superherogeekaliciousextrabadassocious…if you like superheroes in all their glittery glory, complex heroes and sympathetic villains, then definitely check this book out!” - - The Demon Librarian

”'I swear I turned pages on my Kindle so fast smoke was flying off them. I also think that anybody who buys this book to read should be provided with their very own Augmented Superhero costume to wear whilst reading it. Because this book was a FUN RIDE and I wanted some of the action!” - - Booklover Catlady Reviews