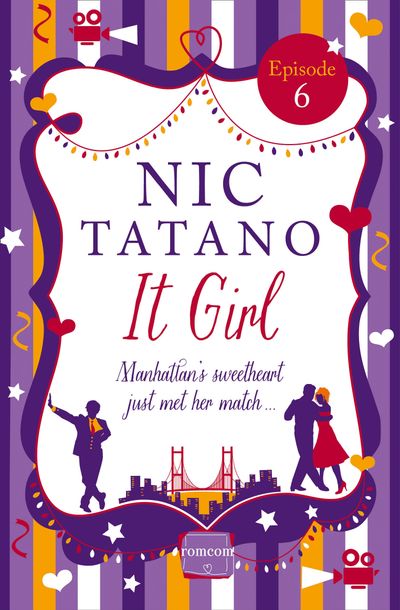 -Veronica’s friends try to convince her to give Dexter a chance:

Layla reached out, took my hands and looked into my eyes. “You’re fighting it, Veronica. Let yourself go. Put away the journalism credibility outfit and let the wave take you where it wants. Stop thinking with your head and follow your heart. Give the guy a chance.”
“I’m not fighting anything.”
“Yes you are,” said Savannah. “Everyone can see it but you.”

-And the big story Veronica breaks leaves her in a no-win situation and with a life-changing decision to make:

Layla reached over and took my hand. “In all the years I’ve known you, I don’t think I’ve ever seen you so emotional.”
“I think this is the first time in my life I have absolutely no clue about what to do,” I said, wiping my eyes.

Author: Nic Tatano
Format: Digital download
Release Date: 23 Jun 2014
Pages: None
ISBN: 978-0-00-759582-2
I\'ve always been a writer of some sort, having spent my career working as a reporter, anchor or producer in television news. Fiction is a lot more fun, since you don\'t have to deal with those pesky things known as facts. I grew up in the New York City metropolitan area and now live on the Gulf Coast where I will never shovel snow again. I\'m happily married to a math teacher and we share our wonderful home with our tortoiseshell tabby cat, Gypsy.