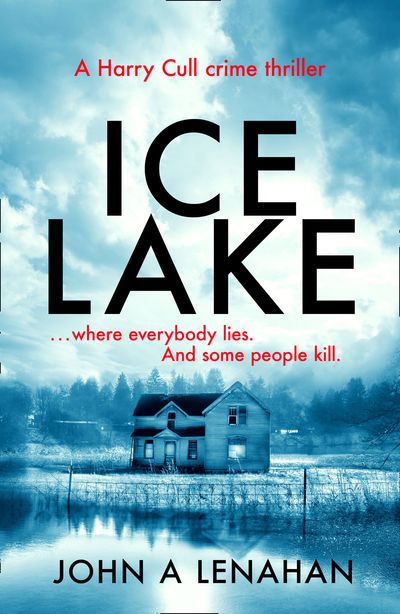 By John A Lenahan
Buy now

Where everybody lies. And some people kill…

An abandoned body
Deep in the woods of north-eastern Pennsylvania, the body of a man is found – shot three times, dumped under the trees where the local kids will find him.

A haunted psychologist
Psychologist Harry Cull, tormented by his past, arrives in the picturesque town of Ice Lake to help with the murder investigation. There he unravels a web of lies and deceit that leads to the dark heart of a community torn apart by fracking, drugs and murder.

A desperate killer
It’s not long before the second corpse turns up, this time a lawyer left for dead in the forest, and Harry finds himself on the trail of a twisted killer – who will do anything to keep the town’s darkest secrets buried.

Author: John A Lenahan
Format: Digital download
Release Date: 07 Jul 2017
Pages: None
ISBN: 978-0-00-825435-3
John Lenahan is a popular TV magician who toured with Jack Dee, Lenny Henry and Victoria Wood. He starred on a prime time BBC1 TV show, had his own BBC2 series, and was the voice of the toaster in ‘Red Dwarf’. His fantasy trilogy Shadowmagic, an award-winning podcast that received over 100,000 downloads, was published by HarperCollins and sold over 70,000 copies across all editions. Ice Lake is his debut crime novel, the first in a new series featuring psychologist Harry Cull.

”'I was gripped” - Bibliophile Book Club

”'Spectacular … kept me intrigued” - A Lover of Books

”'You know that book … that if anyone tried to take that book out of your hands you’d probably hit them with it? It’s THAT book” - My Chestnut Reading Tree

”'Genuine characters, a twisting plot, and a surprise ending you will not see coming” - CrimeSquad

‘A brilliant debut crime novel and I'm thrilled that it's set to be a series because I'm a little bit in love with Harry Cull. He's just brilliant! The Welsh Librarian -

”'Could become one of my future favourite crime series … a great 'didn’t see that coming” - twist. Damp Pebbles

”'An assured and confident debut. Harry Cull is a unique and likeable creation. Fans of James Carol's Jefferson Winter series are going to love this” - Michael Wood