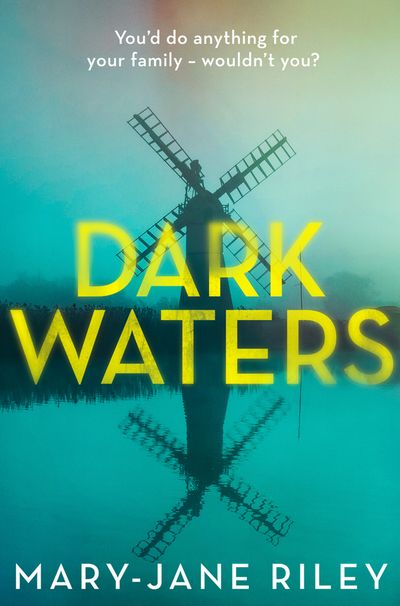 Secrets lie beneath the surface…

Two men, seemingly unconnected, are discovered dead in a holiday boat on the Norfolk Broads, having apparently committed suicide together.

Local journalist Alex Devlin, planning an article on the dangers of internet suicide forums, starts digging into their backgrounds.

But Alex’s investigation soon leads her to a much darker mystery – one that will hit closer to home than she could possibly have imagined, and place the lives of those she loves in terrible danger.

Author: Mary-Jane Riley
Format: Paperback
Release Date: 31 May 2018
Pages: 324
ISBN: 978-0-00-828511-1
Mary-Jane Riley spent many years as a BBC journalist and talk show broadcaster, covering some of the darker stories of the last decade, including the Suffolk prostitute murders, the Cambridgeshire serial killer Joanna Dennehy and Operation Endeavour, the police operation to trap illegal gangmasters in the Fens. She has had short stories published in women’s magazines, including Bella, Women’s Weekly and That’s Life. Mary-Jane Riley is married with three children and lives in rural Suffolk. Dark Waters is her third novel.

”'If you liked THE GIRL ON THE TRAIN then this one's for you” - C J Carver, author of TELL ME A LIE

”A brilliant debut novel … The complex, fascinating plot winds between two time zones as the heroine seeks to uncover the cause of a terrible family tragedy. Riley’s real gift lies in her creation of one hundred percent real characters” - Kate Rhodes, author of RIVER OF SOULS

”'A dark tale set in a familiar world. Riley's characters are unexpected and yet completely believable and this sinister and twisty tale will definitely stay with the reader for a long time” - Valentina Giambanco, author of THE GIFT OF DARKNESS

”This book is brilliant … a read to be devoured. A twisty tale with a tense psychological plot … fresh, original and thrilling” - Tracy Shepherd, Postcard Reviews