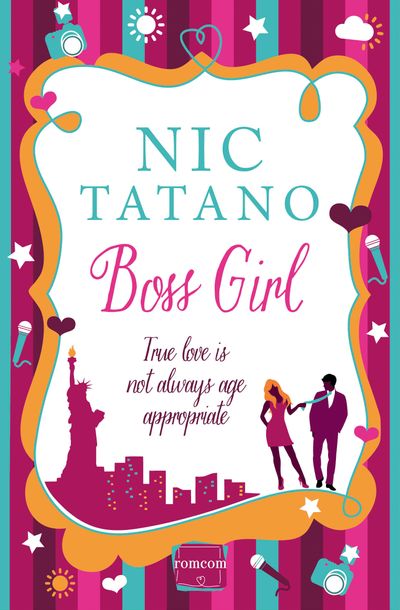 Sydney Hack is the single, thirtysomething VP of news for a failing network… and she also has a taste for younger men.

She soon realizes a whole lot of over-thirty female viewers do as well, so she sets out to give these women what they want; a chiseled, trophy buck in his twenties sitting on the anchor desk next to a woman…

With nothing to lose she does the unthinkable; along with three female managers who happen to be her best friends she brings out the casting couch and turns it into a sleeper sofa. Doesn’t matter that the men have no television experience. As long as they look good. And there’s a hint of romance in every newscast.

Ratings skyrocket as a result, but Sydney and her female cohorts discover something else along the way…

Author: Nic Tatano
Format: Digital download
Release Date: 20 Feb 2014
Pages: None
ISBN: 978-0-00-754859-0
I\'ve always been a writer of some sort, having spent my career working as a reporter, anchor or producer in television news. Fiction is a lot more fun, since you don\'t have to deal with those pesky things known as facts. I grew up in the New York City metropolitan area and now live on the Gulf Coast where I will never shovel snow again. I\'m happily married to a math teacher and we share our wonderful home with our tortoiseshell tabby cat, Gypsy.