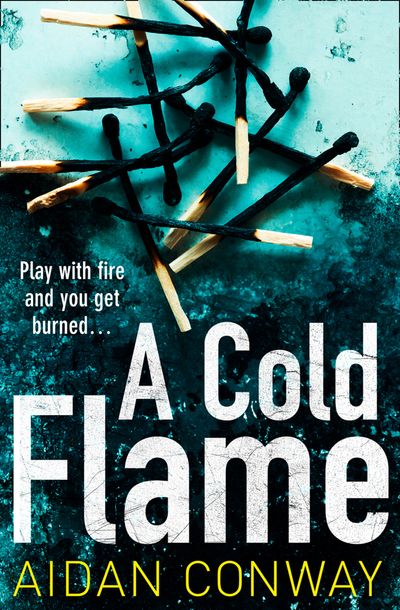 ‘Aidan Conway is a writer to watch’ Declan Hughes, The Irish Times

Play with fire and you get burned…

A gripping crime thriller, from a new star in British crime fiction. Perfect for fans of Ian Rankin.

‘This fast-paced thriller builds, page by page, with a searing intensity to an explosive end’ Deborah Masson

Five men burnt alive.
In the crippling heat of August in Rome, a flat goes up in flames, the doors sealed from the outside. Five illegal immigrants are trapped and burnt alive – their charred bodies barely distinguishable amidst the debris.

One man cut into pieces.
When Detective Inspectors Rossi and Carrara begin to investigate, a terror organisation shakes the city to its foundations. Then a priest is found murdered and mutilated post-mortem – his injuries almost satanic in their ferocity.

One city on the edge of ruin.
Rome is hurtling towards disaster. A horrifying pattern of violence is beginning to emerge, with a ruthless killer overseeing its design. But can Rossi and Carrara stop him before all those in his path are reduced to ashes?

Author: Aidan Conway
Format: Paperback
Release Date: 06 Sep 2018
Pages: 400
ISBN: 978-0-00-828119-9
Aidan Conway was born in Birmingham to Irish Parents and has been living in Italy since 2001. He holds an MA in Irish Writing from Queen’s University Belfast and has been a bookseller, a proofreader, a language consultant, as well as a freelance teacher, translator, and editor for the United Nations FAO. He is currently an assistant university lecturer in Rome, where he lives with his family. A Cold Flame is his second novel.

”'A Cold Flame is a gripping, white-knuckle thrill ride of a crime novel, set against the heat and dust of a vividly rendered Rome seething with corruption and conspiracy. Detectives Rossi and Carrera guide you safely through the inferno, always finding time for a cold drink and some perfectly cooked tagliatelle along the way. Aidan Conway is a writer to watch” - Declan Hughes

”'A brilliantly dark crime debut dripping with menace and atmosphere. You'll not want to put this one down” - Brian McGilloway

”'A rapidly unfolding corruption plot in an exquisite setting” - Rachel Sargeant, author of The Perfect Neighbours