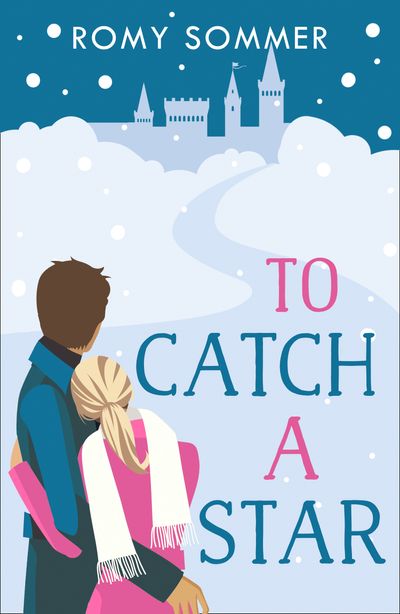 To Catch a Star (The Royal Romantics, Book 3)

Teresa Adler is the ultimate Ice Princess, with a heart as frozen as the winter landscape of her beloved home, Westerwald. All her life, she’s belonged to the ‘inner circle’ of wealth, privilege and position.

Christian Taylor: Heartthrob. Movie Star. Bad boy. The mischievous actor sets temperatures soaring in the picturesque baroque principality – and with a wicked glint in his eye and a chip on his shoulder he sets his sights on the one thing he’s told he can’t have. Teresa.

While Tessa holds the ultimate clue to the secret of Christian’s parentage, it is the heat of his touch that will make this Ice Princess feel more alive than she ever has before…

Author: Romy Sommer
Format: ebook
Release Date: 25/09/2014
ISBN: 978-0-00-759463-4
I’ve always written stories for myself, but didn’t even think of being an author until I realised that being over thirty and living in a fantasy world was a little odd. Writing those same stories for other people makes it a lot more acceptable!By day I dress in cargo pants and boots for my not-so-glamorous job of making movies but at night I come home to my two little Princesses, in Johannesburg, South Africa, where I live, and I get to write Happy Ever Afters. Since I believe every girl is a princess, and every princess deserves a happy ending, what could be more perfect?

To Catch a Star (The Royal Romantics, Book 3)