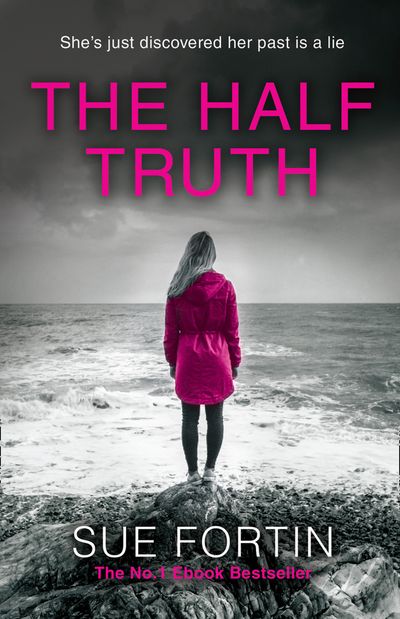 ‘I was gripped from the first page, and barely put the book down all day’ – Rachel’s Random Reads

Tina Bolotnikov, widowed after her husband, Sasha, is killed in a car accident, relocates back to her hometown on the south coast of the UK, to bring up her young son. Her life back in London with her adored husband is now nothing but a memory; a history to pass onto her son.

DS John Nightingale saw his partner killed in the line of duty and has made it his personal and professional quest to bring to justice the Russian gang responsible. Five years on and the killer is still free but as reports come in of Sasha Bolotnikov’s brother returning to the UK, John is tasked with tracking him down and following him to the seaside town of Littlehampton.

Tina finds herself an unwitting connection to a world she knew nothing about. She thought she knew her husband. She thought their past was the truth. But now as the investigation draws her closer to DS Nightingale, professional lines are blurred and crossed, and only he holds the key to her future.

Author: Sue Fortin
Format: Paperback
Release Date: 30/07/2015
Pages: 272
Print on Demand: No stock held, printed to order.
ISBN: 978-0-00-813650-5
Sue Fortin is the USA Today and #1 Kindle bestselling author of The Girl Who Lied and Sister Sister. She has sold over half a million copies of her books worldwide.Sue was born in Hertfordshire but had a nomadic childhood, moving often with her family, before eventually settling in West Sussex. She is married with four children, all of whom patiently give her the time to write but, when not behind the keyboard, she likes to spend time with them, enjoying both the coast and the South Downs between which they are nestled. She is a member of the Crime Writers’ Association.

‘I was gripped from the first page, and barely put the book down all day’ – Rachel’s Random Reads