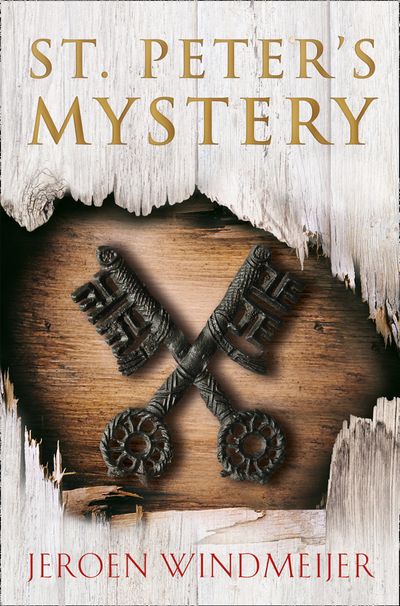 ‘The ingenious construction of the ivory box would ensure that neither wind nor water, earth nor fire would ever defile its precious contents.’

For historian Peter de Haan and graduate student Judith Cherev, a visit to a local archaeological site to inspect a two-thousand-year-old bronze mask turns into disaster when lead archaeologist Thomas Konijnenberg is found lying in a pool of blood.

Just hours before Thomas had unearthed an ivory casket, far more valuable than anything else found at the site. But he is not alone – someone else knows the value of the precious find.

With Thomas’s life hanging in the balance, he entrusts the box to Peter and Judith for safe keeping. What they discover within the casket will lead them to the beginning of Christianity and expose a secret that will change history. But there are those who will go to great efforts to prevent the story going public, no matter what the cost.

See what readers are saying about Jeroen’s gripping historical fiction

‘If you like Dan Brown you will absolutely LOVE [Jeroen Windmeijer]’ ⭐⭐⭐⭐⭐