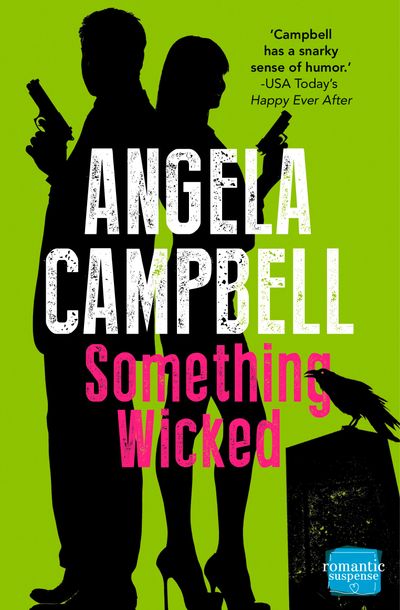 Something Wicked (The Psychic Detective, Book 2)

Book 2 in The Psychic Detectives series

All homicide detective Dylan Collins wants is a few hours of pleasure to take his mind off of the case haunting him. A serial killer is stalking the streets of Charleston, SC – a killer who calls himself The Grim Reaper. When the woman he’d just spent the night with turns up and offers her services as a psychic consultant on the case, his ardor quickly cools. Last thing he needs is to get tangled up with a con artist.

It doesn’t take long for Dylan to realize Alexandra King is the real deal – and the killer’s next target. Dylan’s protective instincts battle his reluctance to get too involved with a woman he isn’t sure he can trust. As they get closer to finding the killer, they also grow closer to one another, but will Alexandra’s secret agenda destroy their chance at happiness – if the killer doesn’t strike first?

Author: Angela Campbell
Format: Paperback
Release Date: 17/04/2014
Pages: 278
Print on Demand: No stock held, printed to order.
ISBN: 978-0-00-755966-4
An eclectic reader who loves almost every genre, I read my first romance novel at 16 and immediately endeavored to write one, too. Many offbeat attempts (and a couple of decades) later, I finally published my first novel and now write thrilling romantic suspense stories full of humor and fluff (cats and dogs). I live in the Southeastern United States with my rescue cat. Learn more about my books at www.angelacampbellonline.com.

Something Wicked (The Psychic Detective, Book 2)

Book 2 in The Psychic Detectives series