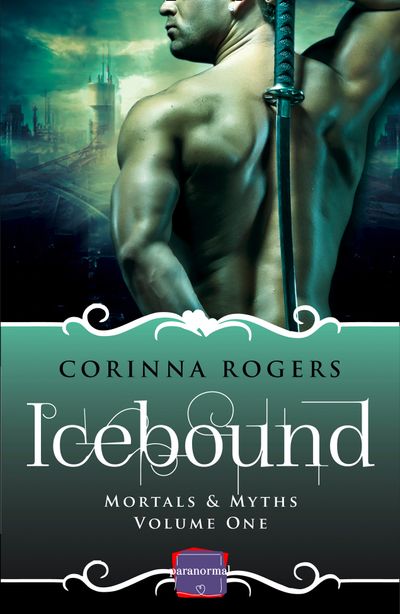 It’s been ten years since Shane Conell sold his soul to the Ice King in order to save the life of the man he loves. Correction, loved.

After ten years, it’s growing difficult to remember love, and hate, and laughter – until a chance appears to get back the only thing his frozen heart still wants…

Drake Young is doing fine. Really. He’s got a good job, nice benefits, and the soulless husk of his old lover only comes by to torment him every so often. However, it only takes the appearance of a creature from the Etherworld wreaking havoc on the decidedly nonmagical city streets to drag him out of retirement, forcing him to team up with the one person he can’t bear even to look at!

Now, Drake and Shane must race against the clock to keep their city from being destroyed, even if it means working together. And no matter how difficult it is to catch the creature, it’s a hell of a lot more difficult to resist the urges that ten years haven’t managed to kill.

Author: Corinna Rogers
Format: Paperback
Release Date: 04/12/2014
Pages: 138
Print on Demand: No stock held, printed to order.
ISBN: 978-0-00-811560-9
I’ve always wanted to tell stories for a living.I’ve studied and lived and taught in California, New York, London, Japan, and now I live in North Carolina with the love of my life and too many cats. I can’t stand the idea that the only great story to be told in romance is will-they-or-won’t-they, when there’s a whole other world to explore through the looking glass once they do! Exploring the unseen side of relationships, exploring what makes characters special when they’re in awful situations, exploring how a book can grab you and refuse to let you go—those are the passions that drive my storytelling. I love world-building, I love language, and I love hearing people speak about something that makes them truly passionate. I love books that you can fall into like comfortable furniture, and trust them to take you for a ride through haunted woods. I want people to feel challenged and delighted rather than simply amused and distracted. I believe in the power of entertainment, and I hope to share some of the stories and characters that live in my mind.

It’s been ten years since Shane Conell sold his soul to the Ice King in order to save the life of the man he loves. Correction, loved.