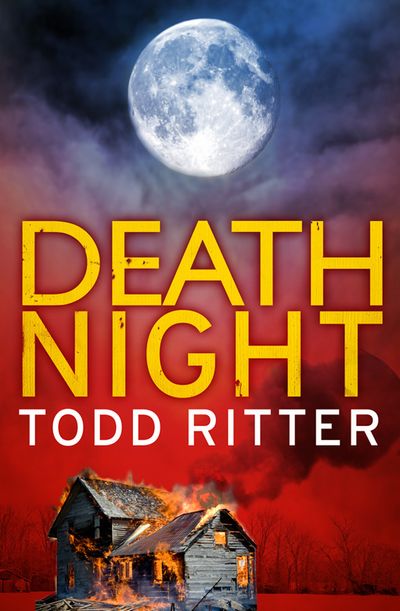 24 hours: that’s all they have to stop a killer in his tracks… Perfect for fans of Gregg Hurwitz and P.J. Tracy.

Two things Perry Hollow Police Chief Kat Campbell never thought she would do again: Enter a burning building, and lay eyes on Henry Goll, the man who was trapped inside with her the last time she was in one. So Kat’s on high alert when, barely a year after the dust settled around the Grim Reaper killings, both happen on the same day.

She’s jolted awake at 1 a.m. by a desperate phone call telling her Perry Hollow’s one and only museum—home to all the town’s historical artifacts—has been set on fire. Arriving at the scene, Kat catches just a glimpse of Henry’s face among the crowd before she’s rushed into the charred building, only to find the museum curator dead…bludgeoned, not burned.

Kat has lived through some tense moments and seen some gruesome crimes, but the next twenty-four hours will be the most dangerous of her life as she and Henry seek out a killer and the motivation behind these terrifying crimes.

Todd Ritter returns to the beloved town of Perry Hollow, Pennsylvania with Death Night, his most poignant, cleverly plotted novel yet.

Author: Todd Ritter
Format: eBook
Release Date: 25/06/2015
ISBN: 978-0-00-813319-1
Todd Ritter was born in rural Pennsylvania to a bank teller mother and a father who dabbled in taxidermy. He grew up among Bambi-esque forests and wide-open fields straight out of the cropduster scene from North by Northwest. Appropriately, his two biggest influences are Walt Disney and Alfred Hitchcock.A journalist for more than 15 years, he began his career as a film critic while attending Penn State University. Currently, he works at The Star-Ledger, New Jersey's largest daily newspaper. In the interim, he has interviewed celebrities, covered police standoffs and, yes, even written and edited obituaries.He is currently working on his second Kat Campbell mystery, BAD MOON.

24 hours: that’s all they have to stop a killer in his tracks… Perfect for fans of Gregg Hurwitz and P.J. Tracy.