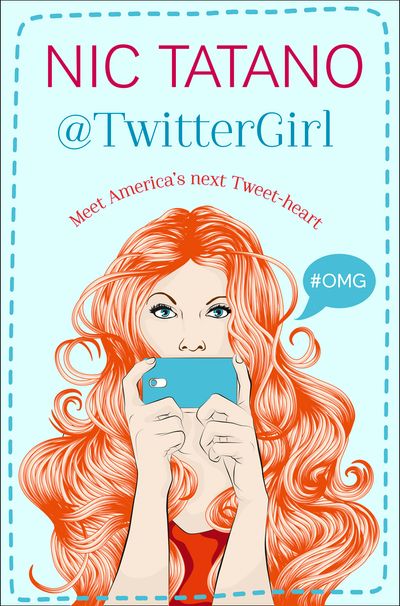 She’s network reporter Cassidy Shea, better known as @TwitterGirl, with more than a million followers thanks to her sarcastic tweets. One hundred forty characters that can take anyone down a notch.

But while brevity may be the soul of wit, it can also get you fired.

When a controversial tweet goes viral the snarky redhead finds herself locked out of the career she loves… and watches her boyfriend take a hike.

Alas, no industry values sarcasm more than politics, and Cassidy becomes a marketable commodity for Presidential candidate Will Becker, a squeaky-clean, stone cold lock to be the next occupant of the White House. This candidate is unlike any other; he’s the country’s most eligible bachelor. He’s also looking for a running mate, and we’re not talking about a Vice President.

Cassidy finds herself swept up in a whirlwind romance that turns her into the next Jackie Kennedy and becomes the favorite to be the next First Lady. The country can’t get enough of America’s First Couple… will Cassidy and Will Becker bring back Camelot?

But an anonymous tip triggers her journalistic curiosity. Is Will Becker all that he seems? The search for the answer teaches Cassidy the meaning of love.

Author: Nic Tatano
Format: Paperback
Release Date: 20/11/2014
Pages: 288
Print on Demand: No stock held, printed to order.
ISBN: 978-0-00-811312-4
I've always been a writer of some sort, having spent my career working as a reporter, anchor or producer in television news. Fiction is a lot more fun, since you don't have to deal with those pesky things known as facts. I grew up in the New York City metropolitan area and now live on the Gulf Coast where I will never shovel snow again. I'm happily married to a math teacher and we share our wonderful home with our tortoiseshell tabby cat, Gypsy.