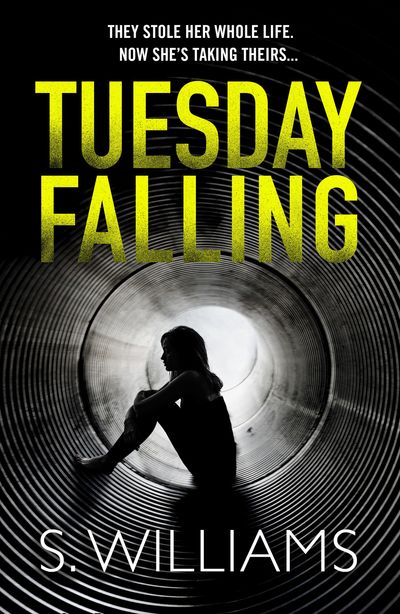 ‘I could not put it down. Totally loved it. Excellent writing, brilliant story’ ANGELA MARSONS

A relentless thriller that will grip you by the throat and refuse to let go! Perfect for fans of SILENT SCREAM by Angela Marsons, and THE GIRL WITH THE DRAGON TATTOO.

You’ve never met anyone like Tuesday. She has suffered extreme cruelty at the hands of men, and so has taken it upon herself to seek vengeance. She wants to protect and help others like her, to ease their suffering. A force to be reckoned with, she lives beneath the streets of London in the hidden network of forgotten tunnels that honeycomb the city – and this is her preferred hunting ground.

When Tuesday is connected to a series of brutal attacks on gang members, DI Loss takes on the investigation. A burned-out detective still suffering the devastating effects of the unsolved murder of his daughter three years earlier, the case starts to hit close to home. Because soon Loss will discover that Tuesday could hold the key to uncovering the truth about what happened to his daughter…

‘I could not put it down. Totally loved it. Excellent writing, brilliant story’ ANGELA MARSONS

A relentless thriller that will grip you by the throat and refuse to let go! Perfect for fans of SILENT SCREAM by Angela Marsons, and THE GIRL WITH THE DRAGON TATTOO.