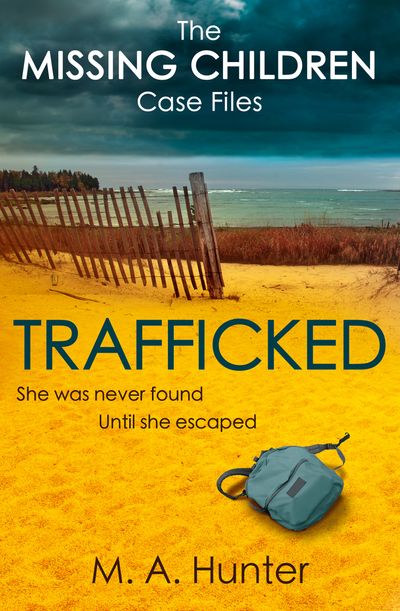 By M. A. Hunter
Retailers

They stole away her future…

A French woman stumbles out of a forest in Dorset more than a decade after vanishing from the English beach where she had been innocently building sandcastles under the not-so-watchful gaze of her holidaymaking parents.

They never expected her to survive…

As investigative journalist Emma Hunter sifts through the secrets of a seemingly unrelated disappearance with police archivist Jack, it soon becomes clear the two cases are linked.

They never expected her to escape…

Emma enlists her best friend and broadsheet reporter Rachel to trace the French woman’s steps through the forest to a nightmarish underground cell littered with human bones. That’s when Emma realises this woman could be the answer, the answer to everything.

Murder, She Wrote meets Taken… The third gripping instalment in The Missing Children Case Files is a fierce forensic examination of families, the ties that bind us, and how they’re severed – perfect for fans of Ann Cleeves and J M Dalgliesh.

‘Kept me guessing throughout and I raced to the end – and what an ending! Can’t wait for the next instalment!’ Caz Finlay, bestselling author of the Bad Blood series

‘A solid 5 star read from me… Highly recommended to fans of crime fiction’ Rebecca Kelly, author of Monstrous Souls

‘A captivating book that kept me riveted and left me immediately wanting to read the next in the series’ Ella Allbright, author of The Last Charm

Author: M. A. Hunter
Format: ebook
Release Date: 07/01/2021
ISBN: 978-0-00-844331-3
M. A. Hunter has been a huge fan of crime fiction series since a young age and always fancied the idea of trying to write one. That dream became a reality with The Missing Children Case Files.Born in Darlington in the north-east of England, Hunter grew up in West London, and moved to Southampton to study law at university. When not writing, Hunter can be found binge-watching favourite shows or buried in the latest story from Angela Marsons, Simon Kernick, or Ann Cleeves.