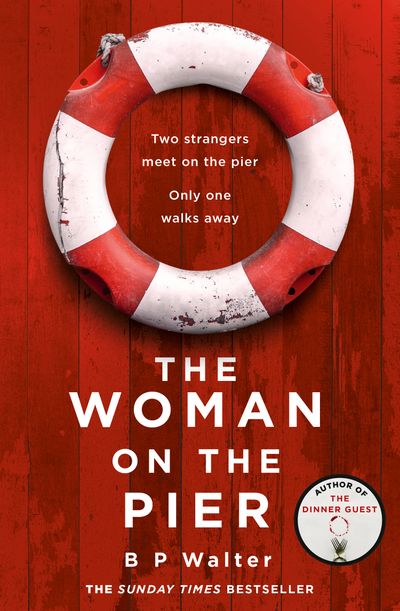 The Woman on the Pier

By B P Walter
Retailers

‘As much a thriller as a chilling exploration of grief, The Woman on the Pier is one of B P Walter’s finest—and most shocking—novels yet’ A. J. Gnuse, author of Girl in the Walls

Two strangers meet on the pier

Only one walks away…

Screenwriter Caroline Byrne is desperate to know why her daughter Jessica died, murdered in Stratford when she was supposed to be at a friend’s in Somerset.

When Caroline discovers the messages Jessica had been sending a boy named Michael, she realises it’s because of him. Because he failed to meet her that day.

He’s the reason why her daughter is dead.

And so she makes a choice. He’s the one who’s going to pay.

That is her promise. Her price.

Set between Essex, Kent, and Australia, The Woman on the Pier is a dark suspense thriller brimming with secrets and lies seeping across three generations – a must-read for fans of Lucy Foley and Rosamund Lupton.

‘An unflinching, visceral and eloquently written dissection of a mother’s grief and her journey to get what she perceives as justice’ R. J. Parker, author of The Good Neighbour

Author: B P Walter
Format: ebook
Release Date: 11/11/2021
ISBN: 978-0-00-844609-3
B P Walter was born and raised in Essex. After spending his childhood and teenage years reading compulsively, he worked in bookshops then went to the University of Southampton to study Film and English followed by an MA in Film & Cultural Management. He is an alumni of the Faber Academy and currently works in social media coordination for Waterstones in London.

The Woman on the Pier

‘As much a thriller as a chilling exploration of grief, The Woman on the Pier is one of B P Walter’s finest—and most shocking—novels yet’ A. J. Gnuse, author of Girl in the Walls