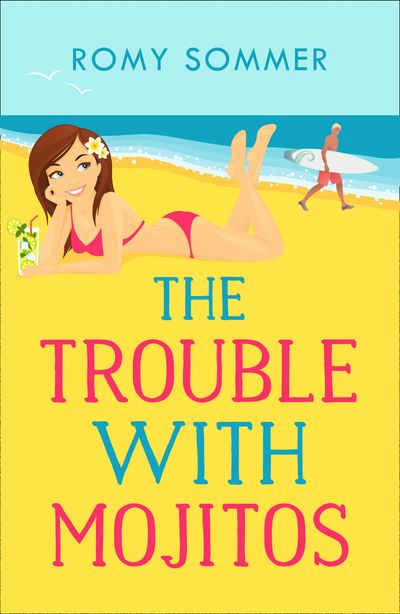 The Trouble with Mojitos: A Royal Romance to Remember! (The Royal Romantics, Book 2)

Film location scout Kenzie Cole has found herself in paradise. And working in the Caribbean for a week is just what she needs to escape the long line of exes in her closet.

Though the last thing she expects is to be picked up at the resort bar by a disgraced former Prince!

Luckily for Kenzie, exile is suiting the man formerly known as Prince Fredrik very well. And it’s not long before his rugged, pirate charm is proving hard to resist.

But Rik’s been spending his time in paradise exorcising demons of his own and he has danger written all over him. If Kenzie was sensible she’d run a mile instead of lose herself to her lust – although, they do say that sometimes you have to get lost before you can be found….

‘THIS is how you write a HEA.’ – The Accidental Reader

Author: Romy Sommer
Format: Digital download
Release Date: 17/10/2013
ISBN: 978-0-00-753202-5
I’ve always written stories for myself, but didn’t even think of being an author until I realised that being over thirty and living in a fantasy world was a little odd. Writing those same stories for other people makes it a lot more acceptable!By day I dress in cargo pants and boots for my not-so-glamorous job of making movies but at night I come home to my two little Princesses, in Johannesburg, South Africa, where I live, and I get to write Happy Ever Afters. Since I believe every girl is a princess, and every princess deserves a happy ending, what could be more perfect?

The Trouble with Mojitos: A Royal Romance to Remember! (The Royal Romantics, Book 2)