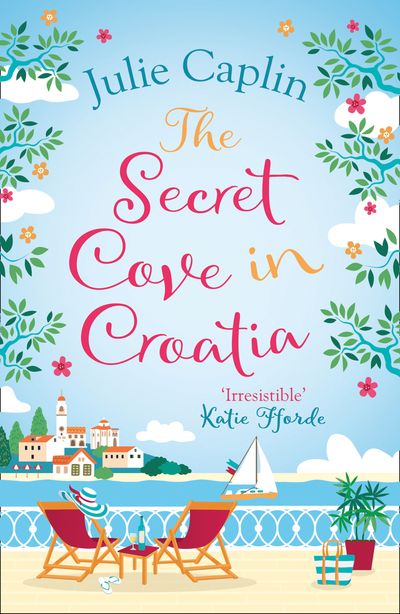 Sail away to beautiful Croatia for summer sun, sparkling turquoise seas and a will-they-won’t-they romance you won’t be able to put down!

When no-nonsense, down-to-earth Maddie Wilcox is offered the chance to work on a luxury yacht for the summer, she can’t say no. Yes she’ll be waiting on the posh guests… But island-hopping around the Adriatic sea will more than make up for it – especially when Nick, her best friend Nina’s brother, is one of them.

Sparks fly when they meet on board and Maddie can’t believe self-entitled jerk Nick is really related to Nina. But in a secret, picture-perfect cove, away from the real world, Maddie and Nick discover they might have more in common than they realise…

Author: Julie Caplin
Format: ebook
Release Date: 19/07/2019
ISBN: 978-0-00-832368-4
Julie Caplin is addicted to travel and good food. She’s on a constant hunt for the perfect gin and is obsessively picky about glasses, tonic and garnishes. Between regular gin tastings, she’s been writing her debut novel which is set in just one of the many cities she’s explored over the years.Formerly a PR director, for many years she swanned around Europe taking top food and drink writers on press trips (junkets) sampling the gastronomic delights of various cities in Italy, France, Belgium, Spain, Copenhagen and Switzerland. It was a tough job but someone had to do it. These trips have provided the inspiration and settings for the trilogy, The Little Cafe in Copenhagen, The Little Brooklyn Bakery and the The Little Paris Patisserie.Julie also writes contemporary romance as Jules Wake. Her current novel, Covent Garden in the Snow, is a Kindle bestseller.

Sail away to beautiful Croatia for summer sun, sparkling turquoise seas and a will-they-won’t-they romance you won’t be able to put down!