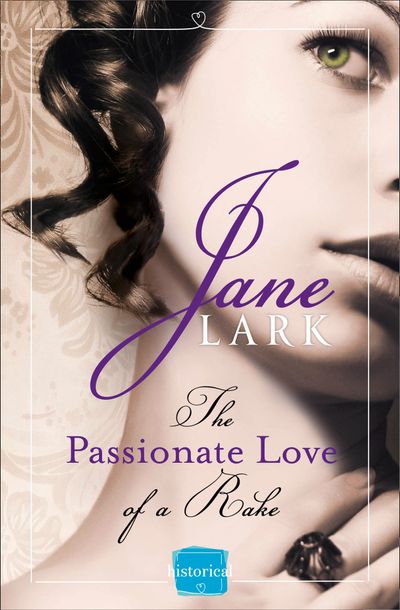 The Passionate Love of a Rake (The Marlow Family Secrets, Book 2)

The only woman who had power over notorious rake Robert Marlow was now walking away from him, again.

He’d heard Sutton had died, and known Jane was free, but he’d always thought his desire would only be for revenge, not her. Yet here he was, unable to deny what he felt for her. What he’d never felt for any other woman before…

The stunning second book in the Regency romance series, The Marlow Family Secrets.

Author: Jane Lark
Format: Paperback
Release Date: 28/02/2017
Pages: 380
ISBN: 978-0-00-757777-4
Jane is qualified to the equivalent of a Masters Degree in People Management and is fascinated by the things which craft people’s personalities, so she has great fun exploring these through characters. She lives in the United Kingdom near the Regency City of Bath and has just bought her 400 year old dream home. History has always tempted her imagination and she loves researching and also exploring ruins and houses to get ideas. She equally loves a love story.Jane has always aspired to writing a historical novel so when she was thirty she put it on her ‘to do before I am forty’ list. She completed her first novel ten years ago, never sent it anywhere then started the next. She’s not stopped writing since, and escaping into a mental world of fiction is a great painkiller to help fight off her Ankylosing Spondylitis.

The Passionate Love of a Rake (The Marlow Family Secrets, Book 2)