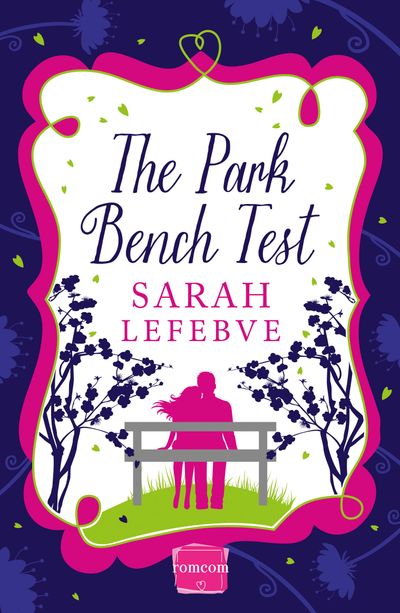 Can you still see yourself sitting on a park bench, holding hands with that person when they are old and wrinkly? That’s the question you have to ask yourself…

Aspiring journalist Becky loves her boyfriend Alex, but when her best friend Katie gets engaged, she’s left wondering if Alex really is her Mr Right.

Their other best friend Emma doesn’t believe in ‘the One’– she’s just looking for a man who will stick around longer than her dad did.

As they come together to plan Katie’s big day, navigating the chaos of wedding dress shopping, seating plans, and the dreaded singles table, the girls begin to question their own relationships; and the possibility of settling for anything less than butterflies…

Debut author Sarah Lefebve asked her own friends and family how they knew they had found the elusive Mr Right and then turned their honest – and often surprising – answers into this charming, emotional and downright funny romance.

Author: Sarah Lefebve
Format: ebook
Release Date: 12/09/2013
ISBN: 978-0-00-754861-3
There is one word to sum up my life – chaotic! I have two small children who, though I love more than life itself, have an amazing capacity to create untold mess, laundry and general havoc. I have a very untidy self-employed husband whose ability to leave stuff literally all over the house knows no bounds. I have two step-sons whose love of lego has left me many a time nursing bruised feet and cursing those little plastic bricks and I have a love of both red wine and Cadbury’s milk chocolate – frequent large helpings of which force me to the gym on a regular basis.I also obviously have a passion for writing – so when I am not tidying up after my family or dashing to the gym that’s what you’ll find me doing. I just wish there were more hours in a day!

Can you still see yourself sitting on a park bench, holding hands with that person when they are old and wrinkly? That’s the question you have to ask yourself…