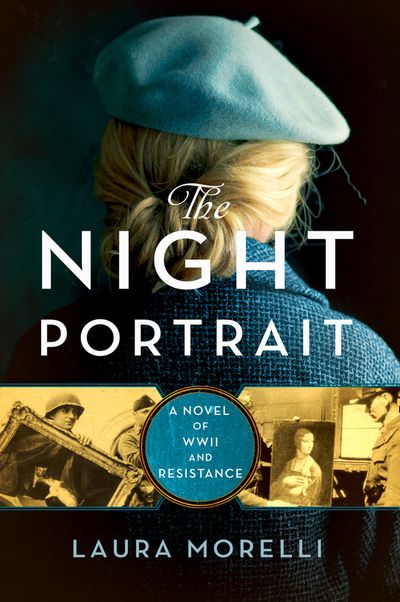 The Tattooist of Auschwitz meets Girl with a Pearl Earring in this gripping, dual-timeline historical novel about one of Leonardo da Vinci’s most famous paintings and the woman who fought to save it from the Nazis.

Between 1939 and 1943, the Nazis attempted to steal every known painting by Leonardo Da Vinci, imprisoning the original owners or worse. This is the story of the most infamous of these thefts…

In fear of the brutal Nazi regime, art conservator Edith Becker is forced to find one of the world’s most priceless works of art and hand it over to none other than Hans Frank – the Butcher of Poland.
Confronted by the horrors she witnesses in Poland and risking her own life, Edith tries to hide her own small acts of resistance – and avoid the unpredictable gaze of Frank himself.

Cecilia Gallerani, the beautiful mistress of the Duke of Milan must fight for her place in the palace—and against those who want her out. Sitting before Leonardo da Vinci, she becomes the subject of his most ambitious portrait to date.

Two women, separated by 500 years, are swept up in the tide of history as one painting stands at the centre of their quests for their own destinies.

Author: Laura Morelli
Format: Paperback
Release Date: 10/12/2020
Pages: 400
ISBN: 978-0-00-842271-4
Laura Morelli holds a Ph.D. in art history from Yale University and has taught at the college level in the U.S. and in Italy. She is a TedEd educator and a columnist for National Geographic Traveler magazine. Her debut novel, The Gondola Maker, earned a starred review in Publishers Weekly as well as IPPY and Benjamin Franklin Awards. Her nonfiction travel guide series, including the popular book  Made in Italy, was originally published by Rizzoli / Universe.

The Tattooist of Auschwitz meets Girl with a Pearl Earring in this gripping, dual-timeline historical novel about one of Leonardo da Vinci's most famous paintings and the woman who fought to save it from the Nazis.