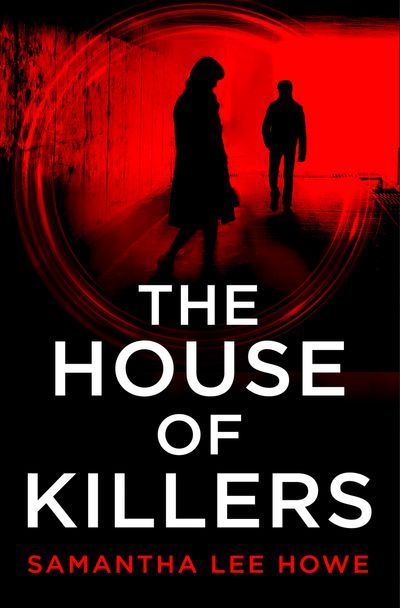 Serial killer Neva has been conditioned not to ask questions of the mysterious Network, to remain perfectly incurious and perennially cold-blooded. She must simply execute the targets they text her and live to bury the tale.

But then she’s tasked with terminating a fellow assassin and glimpses her own future in her colleague’s fate. When she leaves flowers on the gravesite, someone notices.

Agent Michael Kensington knows he’ll have his work cut out for him when he’s recruited by MI5 onto operation Archive to piece together patterns in cold cases.

Nothing could ever have prepared him for Neva…

An assassin obsessed with hell, a fugitive tortured by the secrets of her past, a woman destined to unthread him.

The House of Killers introduces a trail-blazing new voice in spy fiction in this nerve-shredding thriller series simmering with obsession and espionage – an absolute must-read for all fans of spooks past and present, from Bond to Bourne, Smiley to Polastri.

Praise for The House of Killers:

‘Fast-paced and impeccable, this is writing at its very best … It was almost dawn by the time I finished … It demands to be read in a single sitting. An absolute triumph!’ Awais Khan, author of In the Company of Strangers

‘Wow, what a read! Buckle up for a thrilling ride through a labyrinth of secrets, lies and betrayals, in a shadowy world where no one and nothing can be trusted. And where death is just the slash of a knife away’ Abbie Frost, author of The Guesthouse

Author: Samantha Lee Howe
Format: ebook
Release Date: 26/03/2021
ISBN: 978-0-00-844456-3
USA Today-bestselling author Samantha Lee Howe began her professional writing career in 2007 and has been working as a freelance writer for small, medium and large publishers ever since.A former high school English and Drama teacher, Samantha has a BA (Hons) in English and Writing for Performance, an MA in Creative Writing and a PGCE in English.She lives in Lincolnshire with her husband, David, and their two cats, Leeloo and Skye.