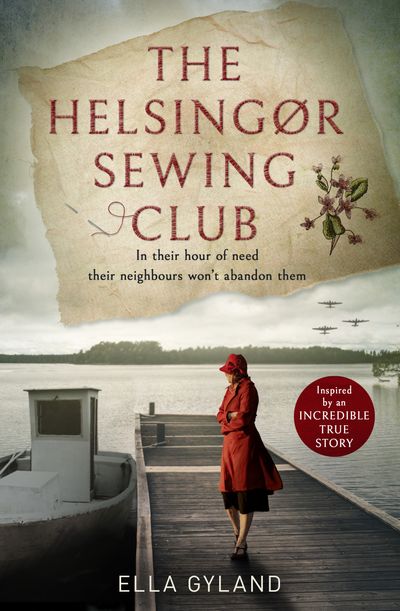 In the midst of the German occupation during World War Two, Inger Bredahl joins the underground resistance and risks her life to save members of Denmark’s Jewish community and help them escape to Sweden.

Inger’s granddaughter, Cecilie Lund, is mourning her death when a mysterious discovery while cleaning out Inger’s flat leads past and present to intersect. As long-held secrets finally see the light of day, Cecilie learns the story of her grandmother’s courage and bravery, and of the power of friendship, love, and standing for what’s right…even when you have everything to lose.

An inspiring tale of the resilience of the human spirit and the power of community.

⭐⭐⭐⭐⭐ ‘A contender for my top book of 2022! … Gyland is legendary when it comes to a double timeline. I’ve never seen one so well done’ Norma

⭐⭐⭐⭐⭐ ‘Ella Gyland writes with warmth and respect…it’s so moving and painful to read at times but it’s also impossible to stop reading!’ Natalie

⭐⭐⭐⭐⭐ ‘ Amazing World War Two story which is so vivid and real that I thought I was there!’ Katie

⭐⭐⭐⭐⭐ ‘I couldn’t put it down, it was captivating, gripping and engaging’ Aria

⭐⭐⭐⭐⭐ ‘Above all it is a story of bravery, courage and heroism’ Karyn

Author: Ella Gyland
Format: ebook
Release Date: 31/01/2022
ISBN: 978-0-00-851965-0
Ella Gyland grew up in Northern Denmark but moved to England after she graduated from the University of Copenhagen.She has worked in a variety of jobs, including the Danish civil service, before setting herself up as a freelance translator and linguist. Ella won the New Talent Award in 2011 from the Festival of Romance and a Commended from the Yeovil Literary Prize.Ella lives in London and also writes as Henriette Gyland.