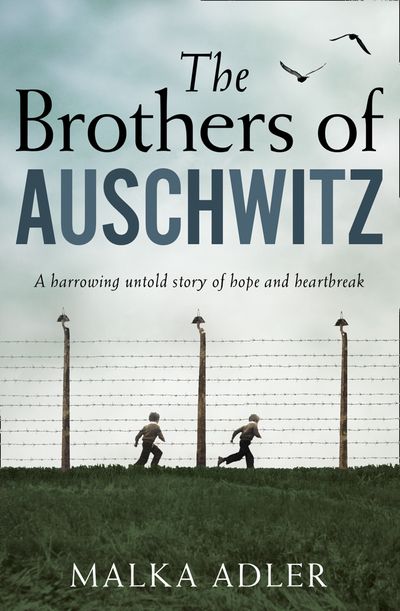 There was a good orchestra at Auschwitz. I could immediately hear it was good. I almost wept for the beauty of it, but the large pile of striped pajamas stayed in my mind, and I didn’t cry…

Dov and Yitzhak live in a small village in the mountains of Hungary, isolated both from the world and from the horrors of the war.

But one day in 1944, everything changes. The Nazis storm the homes of the Jewish villagers and inform them they have one hour. One hour before the train will take them to Auschwitz.

Six decades later, from the safety of their living rooms at home in Israel, the brothers finally break their silence to a friend who will never let their stories be forgotten.

Narrated in a poetic style reminiscent of Margaret Atwood, Malka Adler has penned a visceral yet essential read for those who have found strength, solace and above all, hope, in books like The Choice by Edith Eger and The Librarian of Auschwitz by Antonio Iturbe.

Praise for The Brothers of Auschwitz

‘I’ve never cried so much over a book. This is the most harrowing and emotional book I have ever read’ Amazon reviewer

‘I sat down and read this within a few hours, my wife is now reading it and it is bringing tears to her eyes’ Amazon reviewer

‘It is a book we all must read, read in order to know … It is harsh, enthralling, earth-shattering, rattling – but we must. And nothing less’ Aliza Ziegler, Editor-in-Chief at Proza Books, Yedioth Ahronoth Publishing House

‘Great courage is needed to write as Adler does – without softening, without beautifying, without leaving any room to imagination’ Yehudit Rotem, Haaretz-International New York Times

‘This is a book we are not allowed not to read’ Leah Roditi, At Magazine