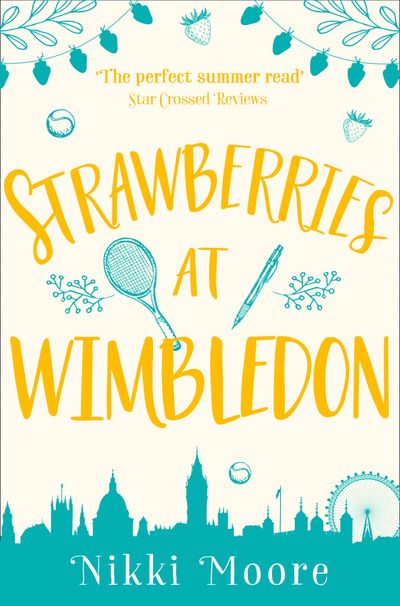 The one that got away?

Sipping Pimms and eating fresh strawberries at Wimbledon are the perfect start to the British summer for Rayne. Immersed in her career as a journalist in the City, she’s been too busy and distracted to give men – or other outside interests – much of a chance lately. That’s something her friend Lily thinks she should correct, coming up with the perfect ‘sex with an ex’ solution – much to the amusement of the crowd on Centre Court!

When Rayne runs into old flame Adam, former good guy who is now all grown up with a hint of bad boy about him, it’s a tempting thought. But is that such a good idea, when she knows that four years ago, she broke his heart?

Back from travelling the world and settling into running the family business, Adam never expected to see his university girlfriend again. And he definitely didn’t think he would still be angry with her for running away, or that she would still have the same stunning effect on him. But she does, so maybe the perfect way to get her out of his dreams and from under his skin, is to have a hot sex-filled night with her? The only trouble is, one night might not be enough…

First love – can you ever go back?

Author: Nikki Moore
Format: ebook
Release Date: 14/05/2015
ISBN: 978-0-00-812685-8
A Dorset girl and social media addict, Nikki Moore has a HR day job to keep her busy alongside the writing. She was in the Romantic Novelists Association New Writers Scheme for four years and is now a full RNA member. Nikki was a finalist in several writing competitions from 2010 including the Elizabeth Goudge trophy and Novelicious Undiscovered, before being offered a publishing contract.Published mainly by HarperImpulse, she’s the author of the #LoveLondon series, which has attracted four and five star reviews on Amazon, with some of the novellas featuring in the Top 100 short story charts on Kobo and the Top 20 in the Amazon UK bestsellers Holiday chart. The last in the series, Picnics in Hyde Park is due out in August 15 as an eBook, with a paperback to follow. She has a short story in the bestselling RNA/Mills & Boon anthology Truly, Madly, Deeply. Her debut novel Crazy, Undercover, Love was shortlisted for the RNA Joan Hessayon Award 2015 (for new writing) and she is a strong supporter of aspiring authors.Please pop over for a chat on Twitter @NikkiMoore_Auth or on Facebook at https://www.facebook.com/NikkiMooreWrites. She would love to hear from you!

The one that got away?