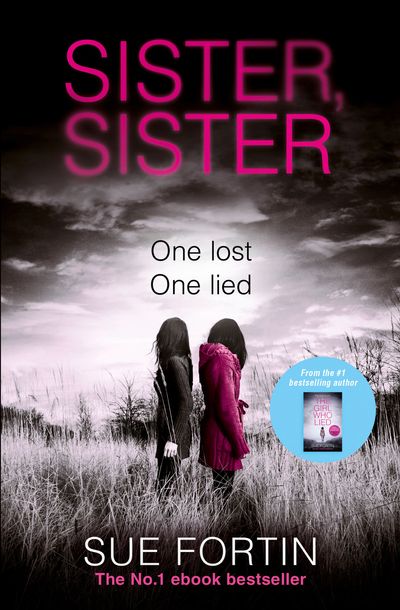 USA Today bestselling author of The Girl Who Lied

Clare thinks Alice is a manipulative liar who is trying to steal her life.
Alice thinks Clare is jealous of her long-lost return and place in their family.

One of them is telling the truth. The other is a maniac.
Two sisters. One truth.

What people are saying about SISTER SISTER:

‘Sister Sister has everything – conflict, family secrets and betrayal, all of which go to make it thoroughly deserving of the five stars I’ve given it’ – Brook Cottage Books

Author: Sue Fortin
Format: Paperback
Release Date: 20/04/2017
Pages: 384
ISBN: 978-0-00-821565-1
Sue Fortin is the USA Today and #1 Kindle bestselling author of The Girl Who Lied and Sister Sister. She has sold over half a million copies of her books worldwide.Sue was born in Hertfordshire but had a nomadic childhood, moving often with her family, before eventually settling in West Sussex. She is married with four children, all of whom patiently give her the time to write but, when not behind the keyboard, she likes to spend time with them, enjoying both the coast and the South Downs between which they are nestled. She is a member of the Crime Writers’ Association.

USA Today bestselling author of The Girl Who Lied