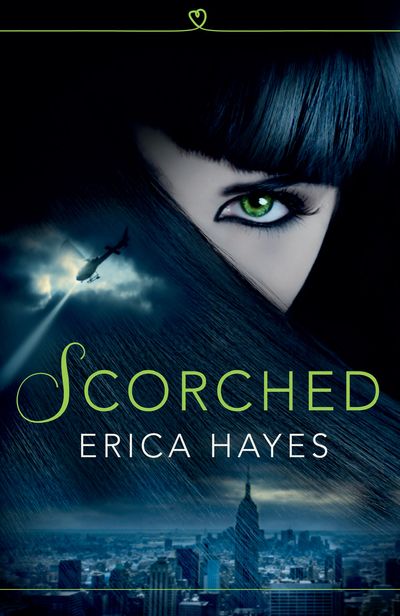 In a world where everyone wears a mask, you can’t trust anyone… not even yourself.

Verity Fortune was once Sapphire City’s top crime-fighter, wielding her powers of telekinesis to battle the city’s most despicable villains.

Against those who took away her mask, her memory, and nearly her life.

Having escaped from the asylum they left her to rot in, Verity dons her mask once again and becomes the Seeker, a vigilante warrior for truth.

But when she unwittingly uncovers an evil conspiracy deep within her own family, she’s suddenly on the run, alone and hunted by those she thought were on her side…

Author: Erica Hayes
Format: Paperback
Release Date: 14/08/2014
Pages: 332
Print on Demand: No stock held, printed to order.
ISBN: 978-0-00-810501-3
I'm an Aussie living in northern England, where at least the hospitality and the beer are warm. I write in coffee shops, feed my enormous cat, and watch TV or read until far too late at night. If it's got serial killers, superheroes, monsters or spaceships – preferably all four – I'm there.On the big issues: Captain Picard is cooler than Captain Kirk, Batman would beat up Superman, and vampires are hotter than werewolves any day. See, I knew we'd get along.

In a world where everyone wears a mask, you can't trust anyone… not even yourself.