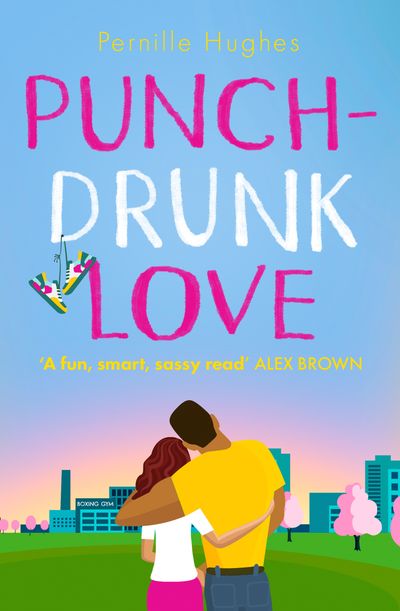 This book was previously published as Sweatpants at Tiffanie’s

The knock out romantic comedy of the year!

Tiffanie Trent is not having a great week. Gavin, her boyfriend, has dumped her unceremoniously on their tenth anniversary, leaving her heartbroken and homeless.

Frank Black, the owner of Blackie’s boxing gym and where Tiff has been book-keeper for the last decade, has dropped dead. He’s not having a great week either.

And if that wasn’t enough, Mike ‘The Assassin’ Fellner, boxer of international fame and Tiff’s first love, is back in town and more gorgeous than ever. Tiff can’t seem to go anywhere without bumping into his biceps.

When she discovers Blackie has left her the gym, Tiff, with her saggy trackies and supermarket trainers, is certain she’ll fail. Can Tiff step up and roll with the punches, or will she be down and out at the first round?

‘A fun, smart, sassy read full of likeable characters that stayed with me long after the last page’ Alex Brown

‘A lovely, uplifting story…everything I look for in a romantic comedy’ Karen Clarke

‘A proper meet-cute…DEFINITELY unputdownable’ Isabella May

‘If you are looking for a wonderful rom-com, that also had a few surprises in it, then this is definitely worth a read’ Rachel’s Random Reads

This book was previously published as Sweatpants at Tiffanie’s

The knock out romantic comedy of the year!