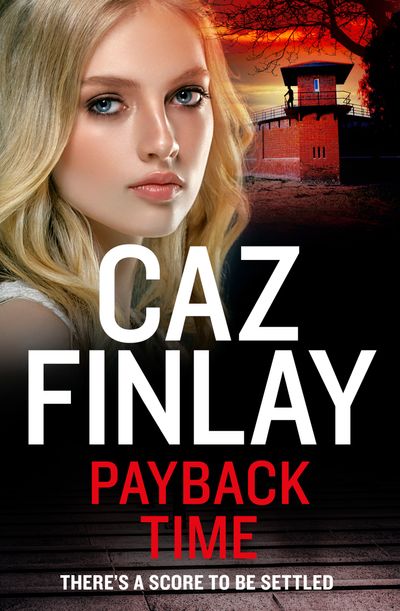 The next instalment in the addictive and gripping Bad Blood crime series from queen of gangland, Caz Finlay, is available to pre-order now

If you challenge the Carters

Connor Carter and Jake Conlon are having trouble with a rival gang, and it’s clear they’ve underestimated their power. But no son of the infamous Grace Carter is going to let someone else run the streets of Liverpool.

You must be prepared to fight

Then Jake’s right-hand man Danny Alexander is arrested for murder and remanded in custody. The cartel know he’s innocent but the evidence is overwhelmingly against him. The Carters alliance with DI Leigh Moss has always been fragile but it’s time to put aside their differences if they want to find the real killer.

As a mole is found in the firm and tensions begin to rise, the Carters must stand together if they want to keep control. It’s time for payback, and no one is safe…

‘A complex, fast-paced, action-packed story that left me speech- and breathless… excellent’ ⭐⭐⭐⭐⭐

Author: Caz Finlay
Format: Digital download
Release Date: 29/07/2022
ISBN: 978-0-00-854525-3
Caz Finlay lives in Liverpool with her husband, two children, and a grumpy dog named Bert. A qualified probation officer, Caz has always been fascinated by the psychology of human behaviour and the reasons people do the things they do. However, it was the loss of her son in 2016 which prompted her to rediscover her love of writing and write her first novel, The Boss.

The next instalment in the addictive and gripping Bad Blood crime series from queen of gangland, Caz Finlay, is available to pre-order now