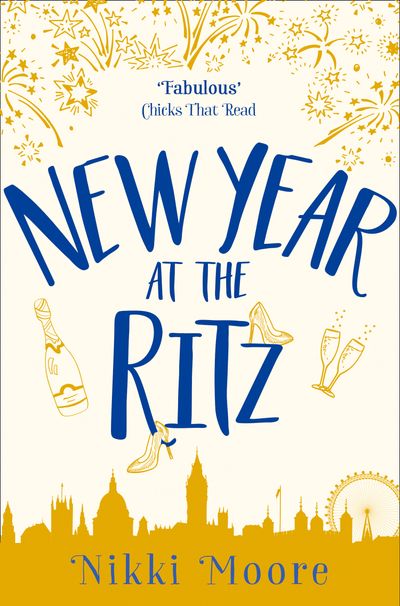 Everyone keeps telling Frankie Taylor that a new year is a time for new beginnings. She’s not so sure. Single for a year, she’s been more than happy on her own, thanks very much!

At least, that’s what she thinks until she receives a note on New Year’s Eve inviting her to follow the clues, and her heart, across Knightsbridge.

But who’s behind the romantic adventure? Old flame Christian who she loved for years and was always there for her, or new admirer and work colleague Zack, who has the habit of turning up in all sorts of unexpected places?

There’s only one way she’s going to find out…

Author: Nikki Moore
Format: ebook
Release Date: 22/12/2014
ISBN: 978-0-00-812722-0
A Dorset girl and social media addict, Nikki Moore has a HR day job to keep her busy alongside the writing. She was in the Romantic Novelists Association New Writers Scheme for four years and is now a full RNA member. Nikki was a finalist in several writing competitions from 2010 including the Elizabeth Goudge trophy and Novelicious Undiscovered, before being offered a publishing contract.Published mainly by HarperImpulse, she’s the author of the #LoveLondon series, which has attracted four and five star reviews on Amazon, with some of the novellas featuring in the Top 100 short story charts on Kobo and the Top 20 in the Amazon UK bestsellers Holiday chart. The last in the series, Picnics in Hyde Park is due out in August 15 as an eBook, with a paperback to follow. She has a short story in the bestselling RNA/Mills & Boon anthology Truly, Madly, Deeply. Her debut novel Crazy, Undercover, Love was shortlisted for the RNA Joan Hessayon Award 2015 (for new writing) and she is a strong supporter of aspiring authors.Please pop over for a chat on Twitter @NikkiMoore_Auth or on Facebook at https://www.facebook.com/NikkiMooreWrites. She would love to hear from you!