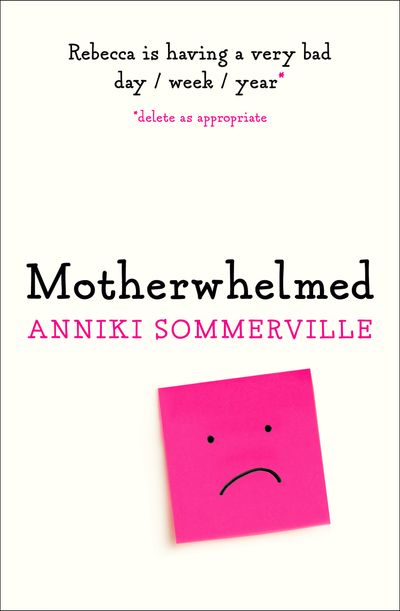 ‘Hilarious. Makes me feel like I’m not the only one.’ Cherry Healey

Funny and courageous fiction for fans of Dawn O’Porter and Gill Sims.

Rebecca is 42, has a beautiful child and a wonderful husband. But she just hasn’t been feeling herself recently…

Rebecca thinks a great night out should involve a packet of Marlboro’s, six double vodkas and snogging a colleague. Not gormlessly drinking a zero-alcohol No-hito while Instagramming a vegan chicken wing.

Rebecca wants to ride on a Harley Davidson, to crowd surf till dawn, then collapse in a heap after swigging from a bottle of Jack Daniels . . . not sit in a soul-destroying meeting surrounded by ‘blue sky thinking’ and men half her age who interrupt all the time.

She’s had enough of commuting to an office that is so cold people have to wear blankets all day. And she can’t help asking herself why her adorable daughter must spend all week in a containment zone for pre-schoolers.

Rebecca wants to feel that there’s MORE coming her way, rather than less . . .

In short – Rebecca wants out.

Author: Anniki Sommerville
Format: Paperback
Release Date: 02/04/2020
Pages: 400
ISBN: 978-0-00-835169-4
Anniki is co-founder of the podcast series The Hotbed Collective with Cherry Healey and Lisa Williams, that talks openly about sex and relationships, which is now on its fifth series. Anniki has also published More Orgasms Please with Penguin, her non-fiction book with Lisa Williams and regularly writes on parenting and motherhood for The Telegraph and other publications. She also has her own radio show on Soho Radio entitled The Motherwhelmed Show and lives in London with her partner and two children.

‘Hilarious. Makes me feel like I’m not the only one.’ Cherry Healey

Funny and courageous fiction for fans of Dawn O’Porter and Gill Sims.