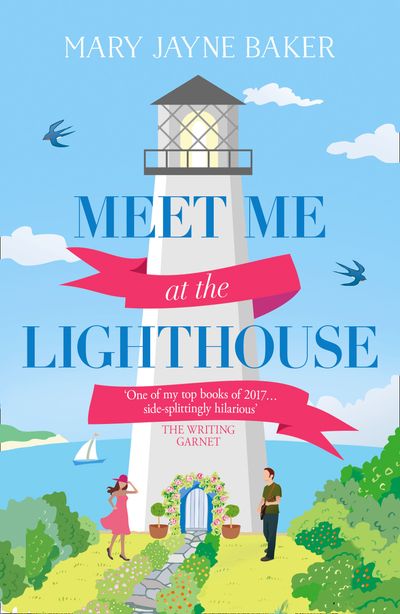 Meet Me at the Lighthouse

’The day I turned 28, I bought a lighthouse and met the love of my life’

Bobbie Hannigan’s life in a cottage by the sea with her dog and her twin sister is perfectly fine … until she decides the logical thing is to buy a lighthouse and open a music venue with Ross Mason, the first boy she ever kissed.

Bobbie tries to be professional with Ross, but the happily-ever-after they’re working toward is too good to resist. That is until someone from his past crawls back to cause trouble. Can Bobbie look past the secrets Ross has been keeping from her? Or will the boy, the lighthouse, and the dream all slip away?

Escape to the Yorkshire coast this summer with this laugh out loud romantic comedy from Mary Jayne Baker!

Author: Mary Jayne Baker
Format: eBook
Release Date: 30/06/2017
ISBN: 978-0-00-825830-6
Mary Jayne Baker grew up in rural West Yorkshire, right in the heart of Brontë country… and she's still there. After graduating from Durham University with a degree in English Literature in 2003, she dallied with living in cities including London, but eventually came back to her beloved Dales with her own romantic hero in tow.She lives with him in a little house with four little cats and a little rabbit, writing stories about girls with flaws and the men who love them. You can usually find her there with either a pen, some knitting needles or a glass of wine in hand. She goes to work every day as a graphic designer for a magazine publisher, but secretly dreams of being a lighthouse keeper.More information can be found about MJ on her website at www.maryjaynebaker.co.uk. You can also follow her on Twitter, @MaryJayneBaker, or like her Facebook page by going to Facebook.com/MaryJayneWrites

Meet Me at the Lighthouse

’The day I turned 28, I bought a lighthouse and met the love of my life’