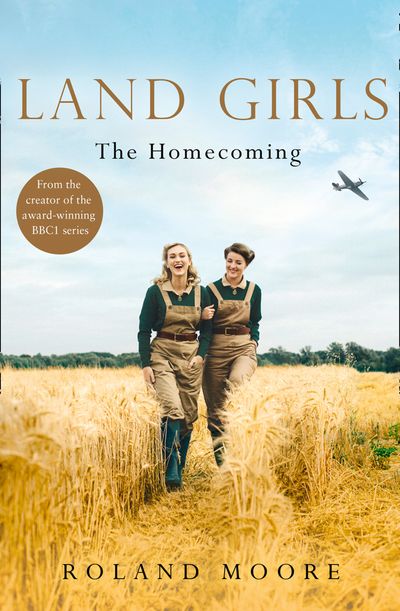 Land Girl Connie Carter thought she’d finally left her past behind once and for all when she married Henry Jameson, Helmstead’s vicar and the love of her life. Headstrong Connie and mild-mannered Henry might be different as chalk and cheese, but she’s determined to be the best wife she can be and prove the village gossips wrong! But Connie doesn’t really believe that she belongs in Henry’s genteel world of tea-drinking and jam-making, and the cracks are already starting to show.

When Connie’s heroism makes her front page news, her past comes back to haunt her in a terrifying way. A different kind of war has come to Helmstead, and soon it’s a fight for both their marriage and their lives…

Follow the lives and loves of the Land Girls in this moving saga from the creator and writer of the popular, award-winning BBC drama

Author: Roland Moore
Format: ebook
Release Date: 04/08/2017
ISBN: 978-0-00-820440-2
Roland Moore is a scriptwriter and novelist who created the award-winning BBC1 series Land Girls. He also adapted The Witch of Grich for television as a twelve-part international series and created a comedy drama for Chinese television. His film credits include 2:hrs and White Oak. He lives just outside London.You can find out more about Roland on Twitter @RolandMooreTV or at www.rolandmoore.tv.