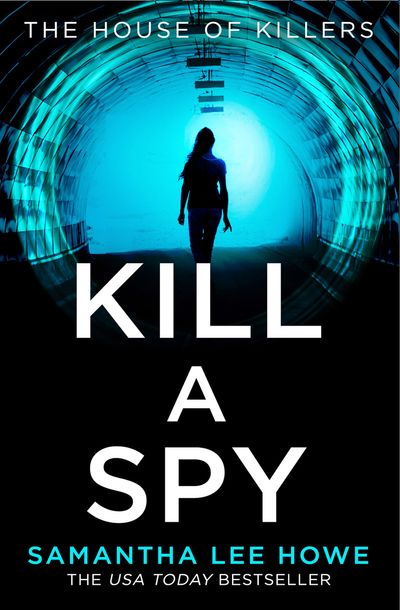 Kill a Spy (The House of Killers, Book 3)

The house of killers always had one objective: to train a class of warriors that would elevate the Network from the national to the international – the amateur to the elite. It was the perfect poison… Radicalisation by virtue of not knowing any different.

They never expected their most notorious child to claw his way back to the beating heart of MI5. Consumed by hurt and rage, Michael Kensington has his own objective: Neva.

But as the body count rises like a tide that will sweep them all into oblivion, Neva will stop at nothing to make him understand that everything is at stake.

Because there’s only one way to push back against the tide… Together.

Kill a Spy is the third jaw-dropping instalment in The House of Killers series, a captivating spy thriller perfect for fans of Caroline Kepnes and Alex Gerlis.

Praise for The House of Killers:

‘Fast-paced and impeccable, this is writing at its very best … It was almost dawn by the time I finished … It demands to be read in a single sitting. An absolute triumph!’ Awais Khan, author of In the Company of Strangers

‘Wow, what a read! Buckle up for a thrilling ride through a labyrinth of secrets, lies and betrayals, in a shadowy world where no one and nothing can be trusted. And where death is just the slash of a knife away’ Abbie Frost, author of The Guesthouse

Author: Samantha Lee Howe
Format: Paperback
Release Date: 14/10/2021
Pages: 432
ISBN: 978-0-00-844459-4
USA Today-bestselling author Samantha Lee Howe began her professional writing career in 2007 and has been working as a freelance writer for small, medium and large publishers ever since.A former high school English and Drama teacher, Samantha has a BA (Hons) in English and Writing for Performance, an MA in Creative Writing and a PGCE in English.She lives in Lincolnshire with her husband, David, and their two cats, Leeloo and Skye.

Kill a Spy (The House of Killers, Book 3)