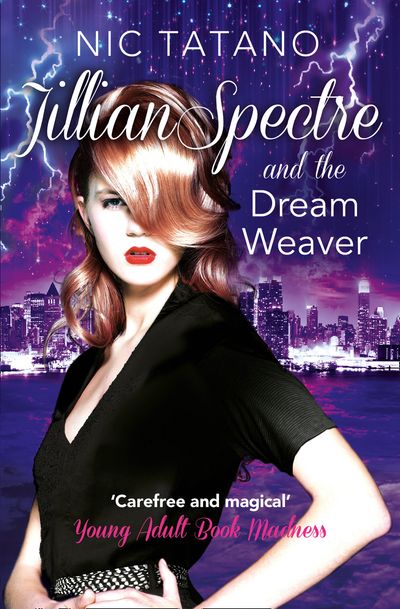 There’s a new villian in town…

One who can manipulate dreams and reality to the point that people can’t tell the difference.

This is a job for Jillian Spectre.

The snarky eighteen year old redhead with paranormal powers has already saved the world once but now she’s under attack by a force that might be above her pay grade.

When Jillian’s own dreams are invaded she finds herself desperately trying to separate reality from fantasy – and struggle with a totally inappropriate crush on someone who isn’t her mind reading boyfriend, Ryan.

Author: Nic Tatano
Format: Digital download
Ageband: from 13
Release Date: 16/04/2015
ISBN: 978-0-00-814095-3
I've always been a writer of some sort, having spent my career working as a reporter, anchor or producer in television news. Fiction is a lot more fun, since you don't have to deal with those pesky things known as facts. I grew up in the New York City metropolitan area and now live on the Gulf Coast where I will never shovel snow again. I'm happily married to a math teacher and we share our wonderful home with our tortoiseshell tabby cat, Gypsy.

There’s a new villian in town…