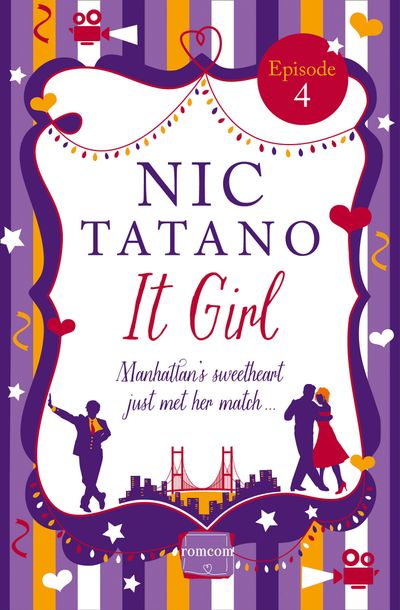 -It’s the first episode of Dance Off, and Dexter relents by giving Veronica a classy dress:

“You look lovely in that dress. I presume it meets with your approval. It’s from the Judi Dench fall collection.”
“It’s beautiful, Dexter. I appreciate it.”

-Veronica lets it slip that she finds Dexter attractive:

He flashed a sinister grin. “So, you think I have a perfect face and body?”

So much for my having the upper hand.

-Veronica and Dexter are celebrity escorts at a high school prom and made the honorary king and queen… which means they have to share a dance with Dexter in control.

Will their first dance be a disaster, or lead to something more?

Author: Nic Tatano
Format: Digital download
Release Date: 17/06/2014
ISBN: 978-0-00-759580-8
I've always been a writer of some sort, having spent my career working as a reporter, anchor or producer in television news. Fiction is a lot more fun, since you don't have to deal with those pesky things known as facts. I grew up in the New York City metropolitan area and now live on the Gulf Coast where I will never shovel snow again. I'm happily married to a math teacher and we share our wonderful home with our tortoiseshell tabby cat, Gypsy.

-It’s the first episode of Dance Off, and Dexter relents by giving Veronica a classy dress:

“You look lovely in that dress. I presume it meets with your approval. It’s from the Judi Dench fall collection.”“It’s beautiful, Dexter. I appreciate it.”