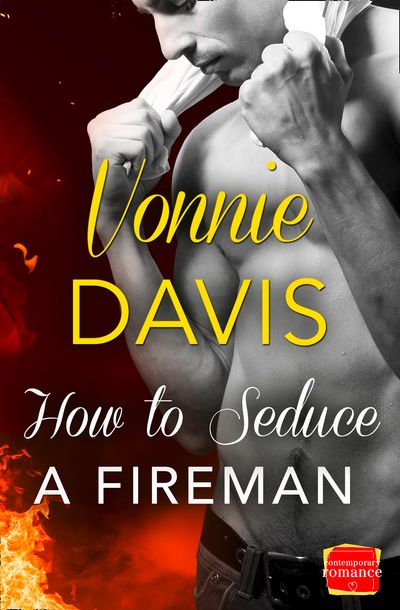 How to Seduce a Fireman (Wild Heat, Book 2)

Book 2 in the ‘Wild Heat’ series – the hottest firefighter series of the year!

Cassie Wolford has crushed on fireman Quinn Gallagher ever since he moved to Clearwater three years ago. There’s just one problem: he’s always made it clear dating is out of the question. But once a Wolford sets their sights on someone, that person doesn’t stand a chance! Cassie decides it’s time for Quinn to get a dose of his own medicine… and sets out to show him what he’s missing!

Quinn knows only too well what Cassie’s up to but he can’t give her what she wants. He isn’t good for anyone, much less someone as sweet as his angel. Fighting her off hurts like hell, but giving her false hope of a happy ever after would be damn cruel. That’s why he has to leave Clearwater.

Unfortunately, someone from his past has different ideas and when Cassie’s life is threatened this former CIA operative is staying put, prepared to crawl through hell and back to keep her safe. And it looks like he might just have to.

Author: Vonnie Davis
Format: Digital download
Release Date: 02/10/2014
ISBN: 978-0-00-759451-1
For years I’ve been a romance junkie, devouring each one like warm, chocolate chip cookies. Perhaps that’s why I adore writing about love and passion. Passion—such a powerful word, don’t you think? I’d classify myself as a late bloomer. I started college in my late forties, met the love of my life in my mid-fifties and published my first book in my early sixties. My husband and I live in Southern Virginia. We enjoy spoiling the grandchildren and traveling. My deepest desire is to write saucy, often humorous romances you’ll cherish long after you’ve turned off the e-reader.

How to Seduce a Fireman (Wild Heat, Book 2)

Book 2 in the ‘Wild Heat’ series – the hottest firefighter series of the year!