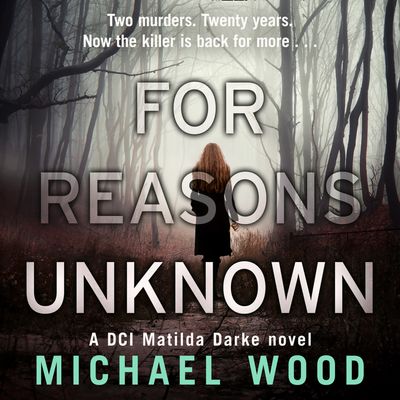 Two murders. Twenty years. Now the killer is back for more…

A darkly compelling debut crime novel. The start of a brilliant series, perfect for fans of Stuart MacBride, Val McDermid, and James Oswald.

DCI Matilda Darke has returned to work after a nine month absence. A shadow of her former self, she is tasked with re-opening a cold case: the terrifyingly brutal murders of Miranda and Stefan Harkness. The only witness was their eleven-year-old son, Jonathan, who was too deeply traumatized to speak a word.

Then a dead body is discovered, and the investigation leads back to Matilda’s case. Suddenly the past and present converge, and it seems a killer may have come back for more…

Two murders. Twenty years. Now the killer is back for more…

A darkly compelling debut crime novel. The start of a brilliant series, perfect for fans of Stuart MacBride, Val McDermid, and James Oswald.