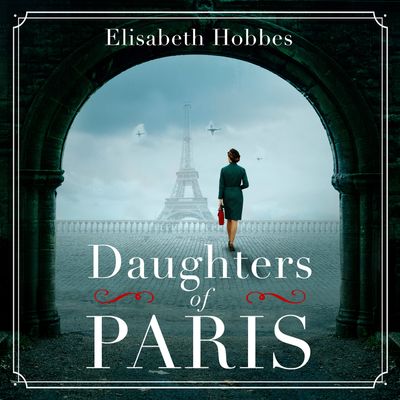 A promise that binds them together. A war that pulls them apart.

Childhood companions Fleur and Colette make a vow, under the trailing ivy of their secret garden, that they will be secret sisters forever. But as they grow up, the promises of childhood are put to the ultimate test. For Colette is the daughter of the house, and her life is all jazz clubs, silk dresses and chilled champagne, while Fleur is the orphan niece of the housekeeper and doesn’t feel like she belongs anywhere.

Years later, in 1939, life as they know it will never be the same. As the German tanks roll in and Paris becomes an occupied city, the promise they made as children will have consequences they could never have imagined…

Author: Elisabeth Hobbes, Read by Stephanie Beattie
Format: Audio-Book
Release Date: 05/08/2022
ISBN: 978-0-00-857907-4
Detailed Edition: Unabridged edition
Elisabeth’s writing career began when she finished third in Harlequin’s So You Think You Can Write contest in 2013 and hasn't looked back. She teaches Primary school but would rather write full time because unlike five year olds her characters generally do what she tells them. She spends most of her spare time reading and is a pro at cooking one-handed while holding a book.She lives in Cheshire because the car broke down there in 1999 and she never left.