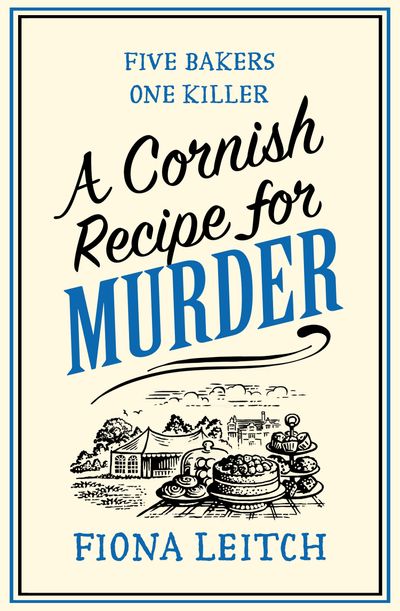 When popular TV baking contest and national institution ‘The Best of British Baking Roadshow’ rolls into town and sets up camp in the grounds of Boskern House, a historic stately home near Penstowan, former police officer Jodie ‘Nosey’ Parker finds herself competing to represent Cornwall in the grand final.

But with a fellow contestant who will stop at nothing to win and a drag queen host with secrets of their own, Jodie discovers that the roadshow doesn’t just have the ingredients for the perfect showstopper cake, but also for the perfect murder…

And when a body is found in the grounds of the house, Jodie is drawn into another high-stakes case along with local DCI Nathan Withers.

Can Jodie expose the culprit? Or will the murderer become the real showstopper?

Author: Fiona Leitch
Format: ebook
Release Date: 18/08/2022
ISBN: 978-0-00-852536-1
Fiona Leitch is a novelist and screenwriter with a chequered past. She’s written for footballing and motoring magazines, childbirth videos and mail order catalogues; DJ’ed at illegal raves in London, been told off by a children's TV presenter during a studio debate; and was the Australasian face of a series of TV commercials for a cleaning product. All of which has given her a thorough grounding in the ridiculous, and helped her to write funny stuff. She writes the Jodie 'Nosey' Parker series for HarperCollins because she loves thinking about Cornwall, food, and murdering people (but not necessarily in that order).