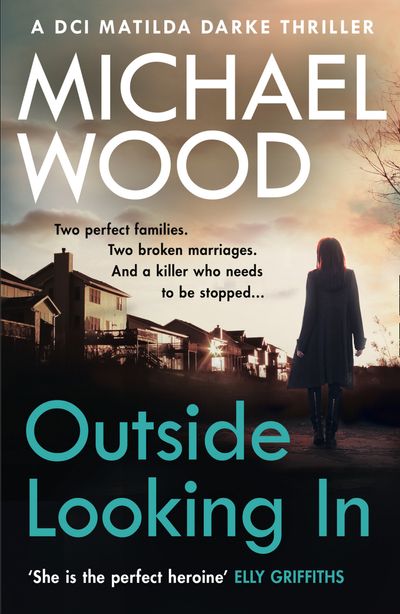 When elderly George Rainsford goes to investigate a suspicious noise one night, the last thing he expects to find is a bloodbath. A man has been killed and a woman brutally beaten, left for dead.

The victims are Lois Craven and Kevin Hardaker – both married, but not to each other. Their spouses swear they knew nothing of the affair and, besides, they both have alibis for the attack. With nothing else to link the victims, the investigation hits a dead end.

The pressure is on for investigating officer, DCI Matilda Darke: there’s a violent killer on the loose, and it looks like her team members are the new targets. With no leads and no suspects, it’s going to take all Matilda’s wits to catch him, before he strikes again.

Author: Michael Wood
Format: ebook
Release Date: 26 May 2016
Pages: None
ISBN: 978-0-00-819046-0
Michael Wood is a freelance journalist and proofreader living in Sheffield. As a journalist he has covered many crime stories throughout Sheffield, gaining first-hand knowledge of police procedure. He also reviews books for CrimeSquad, a website dedicated to crime fiction.

Praise for OUTSIDE LOOKING IN: -

”'At one point in this tense thriller, the endearing protagonist reflects that the investigation is like having 'all the pieces of the jigsaw but…from different boxes'. Matilda Darke is right - and only in the final pages is the full picture revealed…” - Chris Simms

”'A compelling, addictive read, it’s hard to put down. I really enjoyed getting to know DCI Matilda Darke. She's strong character with real depth” - Robert Bryndza, bestselling author of THE GIRL IN THE ICE

Praise for FOR REASONS UNKNOWN: -

”'A skilfully crafted and compelling debut that hooks from the off and will keep you guessing until the final page. I can’t wait for Michael Wood’s next one” - M.R. Hall

”'Gripping, sad and unexpected - this is a terrific debut. Wood writes with the confidence and flair of an old hand” - Alex Marwood

”'A strong debut with an intriguing mystery at its heart. The first thing that strikes me is how well he writes female characters. The novel is packed full of strong women” - Ben Cheetham

”'An appealing - and refreshingly human - lead character is swept along in this ingeniously plotted, fast paced debut” - Chris Simms