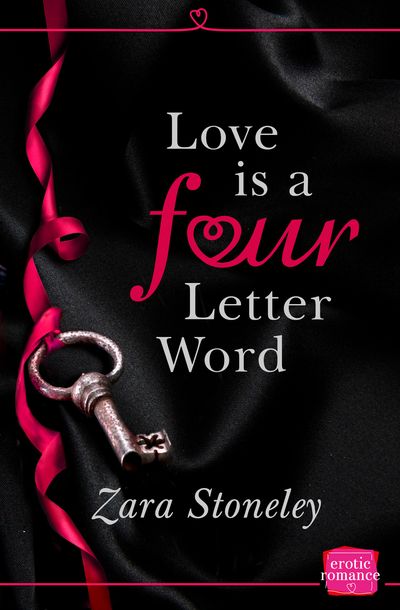 Love is a 4 Letter Word

Georgina Hampton lost more than a mother when her parents split up, she lost the life she loved. But Georgie is grown up now, and she’s ready to fight to get it back.

But the cost of winning could be a high price to pay, when the man standing in her way is bad boy Jake Hardcourt.
Her knight in shining armour.
The one man who might be able to show her that love doesn’t have to be just another four letter word…

”Reviews for 'Summer of Surrender” - -

”'…a lovely story that draws you in.” - Kinky Book Klub

”'…a sexually-charged romance between two completely opposite characters who are absolutely perfect for one another.” - Book Reviews and More by Kathy

”'James and Kezia are well written polar opposite characters that draw you in and make you a part of their story” - Romance Bookworm’s reviews, Brandy

”'I absolutely adored the characters, their independence, their determination and their connection..” - 'their banter is THE BEST. They're so hilarious when they're trying to out sex-talk each other.’Sam’s Book Basket