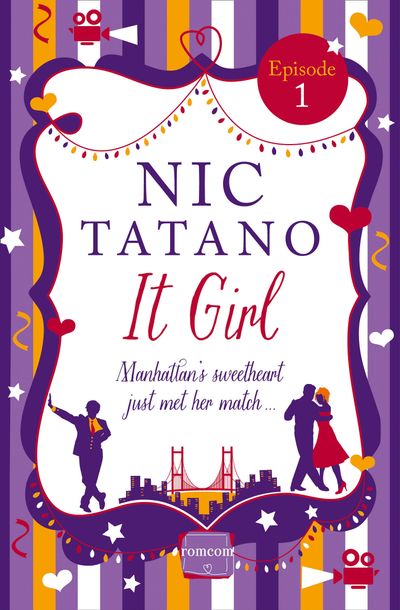 EPISODE 1 – Please note this is NOT the full book, but part one of a 6 part series. The full book will be available June 26th.

The spunky New York reporter is offered the network’s morning anchor position, but she doesn’t want it because she’s a night person. Then the network plays a trump card, promising her the evening anchor chair in three years. So the fiery redhead takes the plunge, with the ultimate gig waiting down the road.

Problem is, that road is filled with two am wake-up calls and the only social life she has is one with bats and raccoons. She quickly realizes she’ll never survive the grind and decides the only way out is to get fired by being her snarky self on live television.

And the ratings skyrocket.

Veronica becomes the nation’s It Girl, so the network makes her a celebrity contestant on its most popular nighttime dance competition show, Dance Off. While her journalistic credibility is shot to hell by the show’s skimpy costumes, she’s thrown into close contact with two incredibly attractive men; her dance partner and the show’s sarcastic British judge.

And she soon discovers that love is the ultimate gig.

Author: Nic Tatano
Format: ebook
Release Date: 06 Jun 2014
Pages: None
ISBN: 978-0-00-759577-8
I\'ve always been a writer of some sort, having spent my career working as a reporter, anchor or producer in television news. Fiction is a lot more fun, since you don\'t have to deal with those pesky things known as facts. I grew up in the New York City metropolitan area and now live on the Gulf Coast where I will never shovel snow again. I\'m happily married to a math teacher and we share our wonderful home with our tortoiseshell tabby cat, Gypsy.